Peltz portrays Katara, a young girl who befriends “the one” who is believed to be the Avatar, also known as The Last Airbender — a soul that can unite the world in peace. The four tribes of the world — Air, Fire, Water and Earth — had lived in harmony until the Avatar disappeared for a century. Now, for almost 100 years, the Fire people have ruled with fear and violence. Has the Avatar really returned? 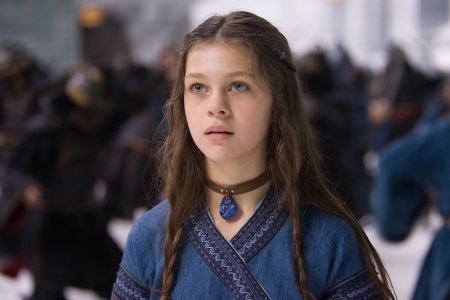 Nicola Peltz welcomed the chance to not only appear in an M Night Shyamalan film (Sixth Sense, Signs, The Village), but also to star as a waterbender in a film that is so resonant with kids. Peltz believes The Last Airbender possesses the power to instill the belief that even the smallest child can change the world.

Lady in the Water

SheKnows: When you heard you were cast in an M Night Shyamalan film, what were your first thoughts about working with a great director like him?

Nicola Peltz: Even to audition, I was very excited. I really think he is one of the most talented directors and I am very lucky to be able to work with him. I feel so blessed to play the part of Katara. When I got the role, I flipped out and my brothers got me a Carvel cake [laughs]. 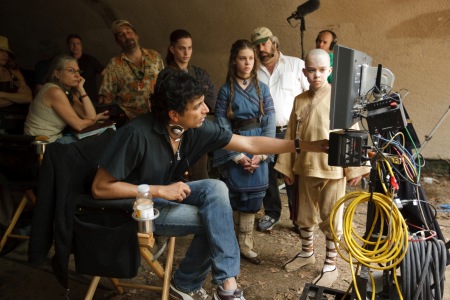 SheKnows: So, you got the part and then you could say the hard part began. When you were wrapping your head around the character, what most appealed to you about Katara?

Nicola Peltz: She’s such a great role model for young girls — even for women. She has such a big heart. She cares for Aang (the Avatar) and loves her brother Sokka. At the same time she’s a fighter. She’s a waterbender. She kicks butt! She’s mentally and physically strong. There are so many good characteristics for a girl.

SheKnows: Concerning the actual filming of the movie, have you done much with special effects? 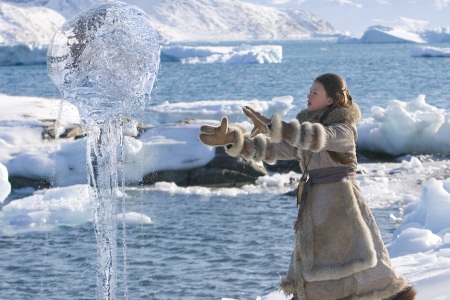 Nicola Peltz: Actually, I have never worked with a green screen. But, Night was very hands on and helped us through it. He would always tell us what we were looking at and was right there the whole time. He was so great to work with, and we also had storyboards, which really helped. It was good because it required me to use my imagination.

SheKnows: The cast in The Last Airbender really bonded, kind of like you all had your own adventure. How was the cast?

Nicola Peltz: They were amazing. Jackson (Rathbone) is like my older brother now. Dev (Patel) is such a great friend, such a great person. Noah (Ringer) is my little brother. The cast and crew were so great. I can’t say it enough. It was incredible to work with Night and his daughters are literally my best friends. He has such a great family.

SheKnows: The film was shot in 2D, what did you think when you heard it was being converted to 3D?

Nicola Peltz: I was very excited. I’m excited to see it in 3D, because in 2D, it’s awesome!

SheKnows: It’s got to be strange for you when you first see yourself in three dimensions…

Nicola Peltz: I know! It’s going to be so weird. Even watching in 2D, I’m thinking, “Is that really me?”

SheKnows: Has your mom seen The Last Airbender yet? 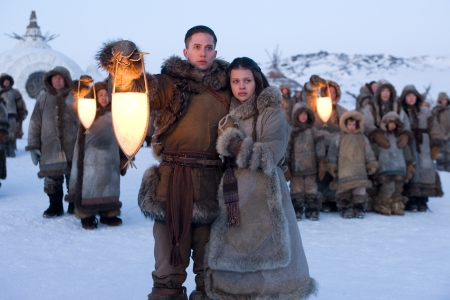 Nicola Peltz: Yes, she loved it. But more than anything, she’s a great mom and I’m very lucky to have her as my mom.

SheKnows: You mentioned working with Dev Patel, obviously coming off of Slumdog Millionaire he has a lot of buzz around him. What did you find was so refreshing about him as an actor?

Nicola Peltz: Dev is so talented and such an amazing pure actor. He’s such a great person — so grounded. He’s goofy. He’s a great human being. 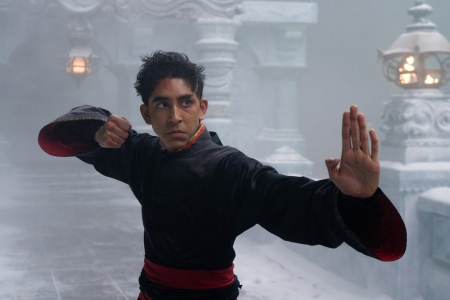 SheKnows: Did you go back to the TV show that it is based on to get an idea about what it was and where it was going?

Nicola Peltz: I was a fan of the show before I auditioned. I knew a lot about Katara already.

SheKnows: Did that help or hinder? M Night Shyamalan might have had a different take on your character.

Nicola Peltz: It helped me a lot.

SheKnows: What did you most enjoy about these stories before you got cast?

Nicola Peltz: There are so many interesting characters. In every episode there is a lesson. There are family values, morals, martial arts, action, romance, comedy — there’s everything people relate to in one film. There’s such a diversity of people in the film. All around, it’s an all-audience great film.

SheKnows: I was also taken away with the feeling of the power that youth can have. You’re never too young to make a difference.

Nicola Peltz: Exactly, you are so right on.

SheKnows: Was this a nice aspect of the story that you as a fan identified with, but now as an actress in the The Last Airbender, you carry to a wider audience? 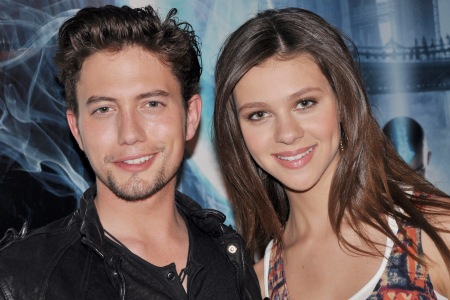 Nicola Peltz: You’re never too young to do something right.

SheKnows: When you attend a premiere for a film like this that you are so passionate about, do you get more excited or nervous?

Nicola Peltz: I am excited. I can’t wait for this movie to be released and get out in the world. I hope they enjoy it as much as I do.