You will no doubt remember the wonderful Academy Award moment when Sandra Bullock thanked her hubby for his support. You will also remember when a few short weeks later the world found out about Jesse’s indiscretions with a number of women, most notably Michelle “The Bombshell” McGee. Sadly, Sandra Bullock and Jesse James signed final divorce documents last week. 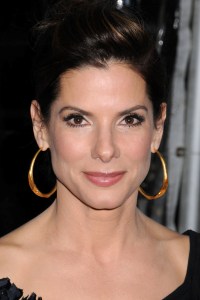 The Sandra Bullock and Jesse James marriage is over!

According to TMZ, “Sandra filed for divorce back on April 23, saying the marriage has become insupportable because of discord or conflict of personalities.”

Their divorce was fairly uncomplicated as they trusted each other with their asset value and debt load. They both waived alimony.

Both Sandra Bullock and Jesse James are committed to their children so these exes will continue to co-parent and be involved in the lives of Sunny, 6, Jesse Jr, 12, and Chandler, 15.

Sandra Bullock has been seen relaxing with six-month-old adopted son Louis in historic New Orleans and Austin. Jesse James has made it clear that he plans to move to Austin, too. He says he wants his life back and his family back.

The divorce’s completion also frees Sandra Bullock to finalize Louis’ adoption. Will Jesse James be a part of his life? Will James reach his goal of a normal life and get his family back? Will he win Sandra Bullock back?