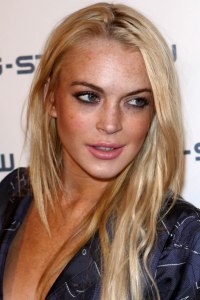 But with a no contest plea, she struck a deal that amounted to barely even a flick on the wrist — one day in prison and ten days of community service.

At the time, we wrote it off to yet another case of special celebrity treatment, but now TMZ is reporting the real reason Lindsay had such a cakewalk of a plea — one of the police officers, who took custody of Lohan the night of her bust, mistook cocaine for a breath mint and threw it in the trash.

Who are these cops? Was Lindsay Lohan arrested on an episode of Reno 911?

According to the Santa Monica Police report, the officer “discovered a folded Clinique sun care card with an unknown substance caked on to the surface of the card in Lohan’s right rear pocket.”

Of course she uses a Clinique card to chop her coke. The American Express would’ve been too obvious, her Ralph’s card too chintzy.

The report goes on to state that, “Some of the white substance fell to the floor. I used my foot to see what had fell but thought nothing of it.” Apparently they don’t teach grammar or good evidence handling skills at the police academy. “I did not recognize the substance attached to the card and initially thought the substance was a wet crushed breath mint. I put the card into the jail trash can next to the booking windows. I was looking at the floor and began to recognize the substance as resembling powder cocaine. I then recovered the card from the trash.”

All in all, what the cop describes is simply a big fat case of evidence contamination that allowed Lindsay Lohan to spend a total of 84 minutes in jail. That isn’t the kind of time it takes to learn your lesson after going on a super dangerous, high-speed, coke and alcohol-fueled Dukes of Hazzard chase along the Pacific Coast Highway. Oh, Lindsay, what does rock bottom look like to you?