Welcome to Eclipse central! SheKnows has everything you need to get you ready for the landing of the summer’s most anticipated movie, The Twilight Saga: Eclipse.

Robert Pattinson, Kristen Stewart and Taylor Lautner are back! We’ve got interviews with the cast and we will take you back to when it all started. 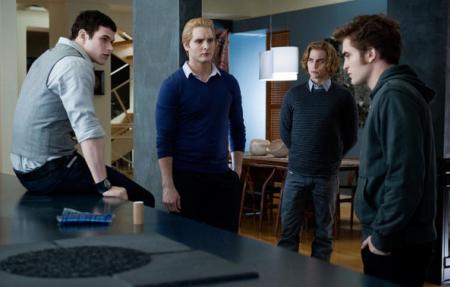 For those who need a refresher course in Twilight 101, Bella meets Edward. Intriguing story ensues — who are we kidding? Everyone knows the story of Stephenie Meyer’s Twilight — from an author’s dream of a sparkly and oh-so-cute vampire to worldwide sensation and SheKnows has been there from the beginning.

Whether it’s Robert Pattinson and his new hairstyle or Kristen Stewart and her opinion on young girls and Twilight, SheKnows has you getting the Eclipse scoop from the players who are on the front line.

At the beginning there was a boy and a girl and they did not know whether they would ever work again, much less make another Twilight film, when we first met Robert Pattinson and Kristen Stewart.

The women of Twilight

The women who brought it all together, Stephenie Meyer, Twilight director Catherine Hardwicke and screenwriter Melissa Rosenberg all share insight into the beginning of a pop culture explosion.

The woman at the center of it all, Stephenie Meyer, spoke to SheKnows exclusively!