Eclipse is the most thrilling, entertaining and intense chapter of Stephenie Meyer’s Twilight franchise on screen. Now, if you are not a fan of the Twilight series, Eclipse may not be Oscar-worthy. But, as a fan of Twilight, New Moon and the entire Twilight world, Eclipse eclipses the first two films by a million miles.

In the hands of director David Slade the Stephenie Meyer book with the most action thus far truly takes off. Slade isn’t exactly a neophyte to the world of vampires because of his 30 Days of Night directing gig, but as any pop culture fan knows, Meyer’s vampire world is completely unlike any other in history. 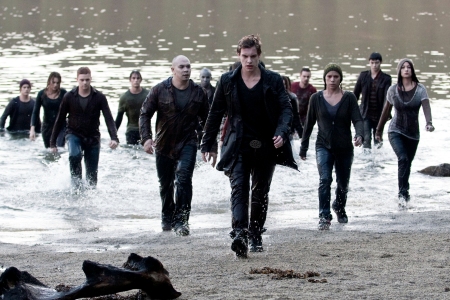 For one, Twilight is a full-blown phenomenon. Secondly, Slade has the challenge of bringing what many believe is Meyer’s best book in the series to life — not an easy task, given Eclipse‘s 640-page count!

Slade has succeeded on all counts. Not only is Eclipse the best of the Twilight movies, it is also the most faithful to Stephenie Meyer’s books. 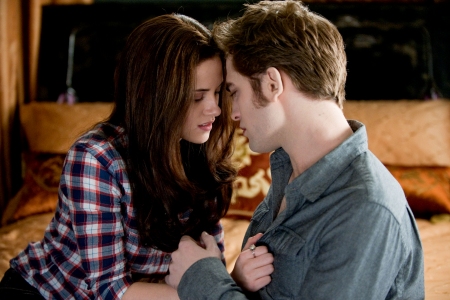 In Eclipse, what Meyer lacks in writing skills beyond crafting a heady page-turner has been deftly drawn on screen by Slade and his team. Yes, Kristen Stewart, Robert Pattinson and Taylor Lautner bring the author’s characters to life effectively on screen. But it is the smaller players in the Twilight Saga that make this engine cook. 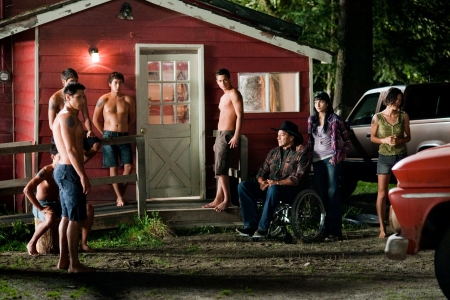 If I have to fault Eclipse in anything, we have to talk about the makeup. OK, we get it. They’re pale, but this is ridiculous. It’s a little too much in this third installment.

Now, where the film franchise goes from here is a difficult task. Breaking Dawn, the fourth and final chapter in Stephenie Meyer’s Twilight quadrilogy, is in many ways unfilmable. It is too disturbingly violent on many levels for even the teens that inhale these books. But, with the hiring of Academy Award-winning director Bill Condon to helm the two-film finale, our hopes are high that something special comes from that union. Otherwise, look for Eclipse to be the best of the rest. Period.