Steve Carell has officially announced that he’ll be leaving The Office at the end of the seventh season next May. 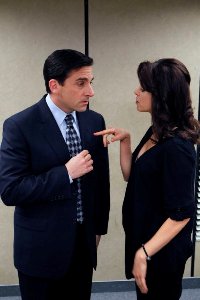 Back in April, the actor told BBC that when his contract expired he didn’t plan to come back to play Michael Scott, manager of the Scranton, Ohio branch of paper and printer distribution company, Dunder Mifflin Inc (it’s way funnier and cooler than it sounds).

Steve Carell recently told E! that his tenure on the show has run its course. “I just think it’s time,” Steve Carell said. “I want to fulfill my contract. When I first signed on, I had a contract for seven seasons, and this coming year is my seventh. I just thought it was time for my character to go.”

With the news came major hullabaloo over the loss of such a beloved character. If you tuned into the Twitter-verse yesterday, tweets decrying the news were rampant.

Initially, they read as if someone had passed away, but just like with death, fans quickly moved through the five stages of grief: denial (“Is Carell really leaving The Office? No way!”), anger (“Remember…Steve Carell has never won an Emmy”), bargaining (“Can’t Michael stick around for a few more seasons?”), depression (“I’m so friggin’ bummed”) and, finally, acceptance (“The Office is a great show and will continue to be. Thanks for the memories, Steve”). 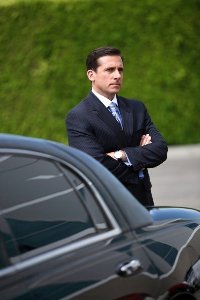 It’s not like we didn’t know this was coming. Steve Carell has been on The Office for seven seasons and has a thriving acting career. The man’s got places to go and people to see.

But this doesn’t mean the show will end due to his absence. In fact, Carell expects it to soldier on.

“The show is great, and the ensemble is so strong, and the writers are great, so it’s just one part of that ensemble drifting off,” Steve Carell continued.

“They’ve incorporated so many new characters and so many new, great storylines that I have no doubt it’ll continue as strong if not stronger than ever.”

While some shows with an ensemble cast can afford a revolving door of leads (see: ER, NYPD Blue), only a few sitcoms have lost one of their main players and gone on to continued success. Cheers traded Shelley Long for Kirstie Alley, M*A*S*H saw several characters of varying importance bow out long before the most watched finale in history and Charlie Sheen replaced Michael J Fox on Spin City after the fourth season.

If NBC were truly visionary and genuinely awesome, they would get UK Office creator Ricky Gervais to fill the role he originated across the pond. That would be Must See TV!