Oscar-winners Helen Mirren and Joe Pesci star in Love Ranch from acclaimed director Taylor Hackford, who is also Mirren’s husband. The 1970s-set drama premieres in theaters June 30 and we’ve got an exclusive clip.

Love Ranch is a drama in the Hackford milieu that takes a classic of film storytelling — the love triangle — and takes it to new levels. Joe Pesci and Helen Mirren are a married couple whose day job is running a Nevada brothel. When Pesci’s character decides to branch out into boxing, an athlete (played by Sergio Peris-Mencheta) and Mirren begin an affair. The gloves come off and the three lives will never be the same. 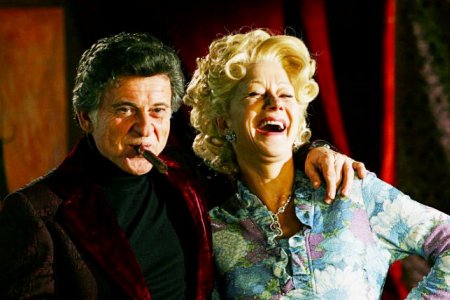 In Love Ranch, Mirren and Pesci’s husband and wife duo are the first to run an openly legal brothel. But as greed and power take over, the ultimate result is murder, but whose?

Hackford, besides being Helen Mirren’s husband, is an Oscar-winner himself. Hackford also directed Against All Odds, An Officer and a Gentleman, White Nights, The Devil’s Advocate with Keanu Reeves, Proof of Life starring Meg Ryan and Russell Crowe and Ray, which earned him another Academy Award nomination. 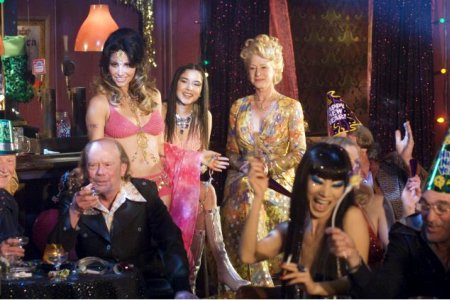 Love Ranch is inhabited by larger-than-life characters that symbolized the late 1970s. Brought to life by Mirren and Pesci, Love Ranch showcases a couple from that era that still couldn’t escape the jealousy that often accompanied the decade’s sexual liberation.