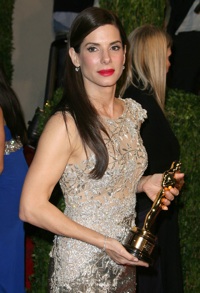 Barely three months after the multiple affairs of Jesse James were revealed, Sandra Bullock’s marriage is legally over.

Papers were filed under seal in Texas last week finalizing the divorce after their marriage of nearly five years fell apart. Sandra filed for divorce in Austin in April 2010, using the reverse initials of the pair in an attempt to protect their anonymity.

While the existence of a prenup has not been verified, Jesse still wouldn’t be entitled to spousal support. In the state of Texas a spouse must be married for ten years to qualify for the extra cash. As far as splitting assets, the couple seems to be dividing along the lines of what they came in with. Sandra recently purchased a home in New Orleans prior to the divorce finalization, signaling that the pair had agreed to keep their assets separate from the get-go.