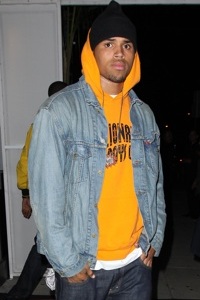 Chris Brown, who has been widely ostracized (and deservedly so) since he assaulted Rihanna in 2009, danced his lady-beating butt off to Jackson’s greatest hits during the BET Awards Michael Jackson tribute.

But when it came time for Brown to take the mic himself, he broke down in tears.

As TMZ points out, it’s interesting that this happens during Man in the Mirror.

Is Chris Brown more upset about his idol’s death or because the song hits so close to home?

Brown was recently denied entrance into the UK because of his criminal record and had to cancel a planned tour.

Chris Brown is currently doing hard labor as a condition of his probation.

See Chris Brown’s performance for yourself. His tears start around the 4:30 mark. Video pulled by BET owner, Viacom. We will find you another…stay tuned!