So You Think You Can Dance featured its top ten dancers as the dancing competition gets fierce.

Christina Santana danced the Paso Doble with Pasha, showcasing her passion and expression of character. 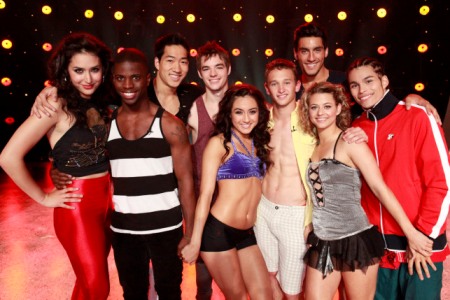 Adechike Torbert teamed up with Allison for a routine showcasing his ability to take the judges’ comments to heart and make the improvements they were looking for.

Alex Wong and Lauren Fossied it up in a Broadway number, that didn’t exactly wow the judges, as they wanted to see more of the characters in Alex’s routines.

Next up on So You Think You Can Dance, Ashley Galvan performed a jazz number with Mark, and while she performed well, the judges felt it was more contemporary than jazz.

Billy Bell krumped with Comfort, which didn’t sit too well with the judges, as it was dubbed a “failed experiment.”

Robert Roldan tangoed with Anya and was praised for his routine and ability. Melinda Sullivan and Ade performed a contemporary dance, winning raves for Melinda’s lines. Jose Ruiz and Kathryn danced an energetic Bollywood number, which the judges enjoyed, even if they did notice a hip-hop influence in their moves.

Lauren Froderman took on a lyrical number with Dominic, which showed her ability to take notes from the judges and become her character, which seems to be a key element for them.

Kent Boyd was paired with Courtney in a jazz routine and while his attempt at being sexy impressed the judges, they didn’t quite buy the edgier side to him.

Upon elimination night, Christina, Melinda and Robert landed in the bottom three. They each performed a solo number and while not unanimous, as Nigel thought Melinda should go home, Christina was the one sent packing.

And then there were nine on So You Think You Can Dance.