Now that Pan’s Labyrinth and Hellboy director Guillermo del Toro has backed out of helming the prequel to The Lord of the Rings, The Hobbit, speculation abounds over who will take over and it looks like an old Rings friend — director Peter Jackson. 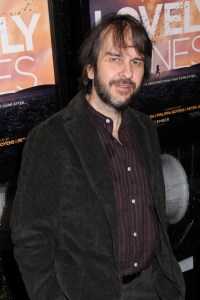 The obvious choice for a replacement would be the Oscar winning director of The Lord of the Rings trilogy Peter Jackson and that’s who all the talk is about these days.

Jackson is reportedly in negotiations with Warner Bros-New Line, but according to The Hollywood Reporter, obstacles on the way to an agreement include a rocky financial environment for partner MGM, who owns the rights to The Hobbit. If money issues delay production, Jackson could walk.

Similar issues are said to have caused Del Toro’s departure, who left after working closely with Fran Walsh, Philippa Boyens and Peter Jackson (who is also a producer on the project) on a script.

Previous reports had directors such as Harry Potter’s David Yates and District 9’s Neill Blomkamp linked to the project.

The Hobbit will be split up into two movies, reportedly to be shot back to back in New Zealand. Filming is slated to begin in January of 2011, with 2012 and 2013 release dates.

The Lord of the Rings stars Cate Blanchett, Hugo Weaving and Ian McKellen are rumored to be returning for the prequels.