Dakota Fanning takes Eclipse by storm. While her time on screen is small, Fanning fans the flames of war that are central to the Eclipse universe.

Kristen Stewart shines as Bella, but she also rocked as Joan Jett opposite Dakota Fanning in The Runaways. The two, between the Twilight movies and filming the Runaways, have become the best of friends. 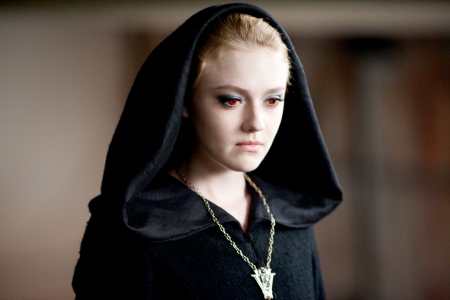 Dakota Fanning, although only 18, has amassed a film career many performers would proudly call a lifetime. Fanning has starred opposite Hollywood’s biggest stars including Reese Witherspoon in Sweet Home Alabama, Man on Fire with Denzel Washington, War of the Worlds starring Tom Cruise as her father and who could forget her turn in the astounding The Secret Life of Bees?

SheKnows: What do you make of your Twilight Saga: Eclipse character?
Dakota Fanning: She’s obviously not the nicest person, but it’s kind of fascinating to be able to play someone that takes pleasure in hurting people. That’s a weird thing to get to do and something I’ve never done before [laughs].

SheKnows: Does being able to work a character over several films provide any additional effort or present any challenges? 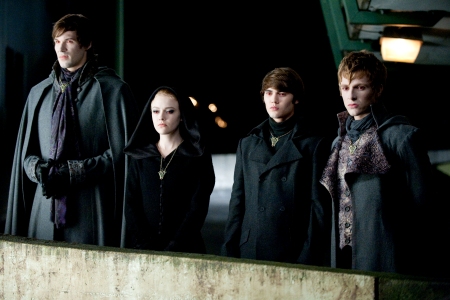 Dakota Fanning: It was really great. I love playing this character. This is the first time I’ve gotten to play the same character in a different film. It’s a fun character to get to play. And, being a part of all that is such an honor and still kind of surreal for me. I feel so lucky to be a part of it.

SheKnows: Your time on screen in Eclipse is relatively small, yet the power… 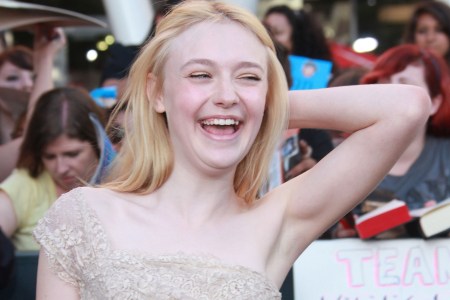 Dakota Fanning: Because I am in such a small part of the film, it adds pressure. In that little moment that you’re in the film, you want to make it the best it can be, the scariest it can be and the coolest it can be — just to get that one part right and do the best that you can.

SheKnows: Working with Kristen Stewart, you two have become fast friends on Twilight films and in The Runaways. 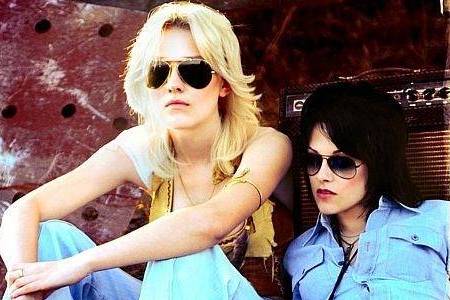 Dakota Fanning: It was so weird, just seeing each other in different costumes and being different people because we got so used to seeing each other as Joan Jett and Cherie Currie, especially with her having the short black hair. She has green eyes in real life, so seeing her with brown eyes and long hair again was so weird. During the summer, when we were doing The Runaways, we both had in the back of our minds that she would have to go do Eclipse pretty much right away. I came a month or two later, just for a week, to do my part. Obviously, our relationships were very different in The Runaways and Eclipse. That was fun, but it was really, really weird, at first.