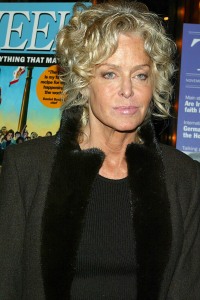 One year later, as the world mourns the self-proclaimed King of Pop all over again, Farah Fawcett is being recognized more fully, in a way befitting a woman whose feathered hair launched a million copycats and whose poster sent an entire nation into hormonal overdrive.

After appearances on shows like I Dream of Jeannie, Farrah Fawcett, at the time known as Farrah Fawcett-Majors as she was married to Six Million Dollar Man star Lee Majors, was still relatively unknown when she snatched the golden ring of fame and became a fixture in every teenage boys’ bedroom after donning a red bathing suit and a beaming smile on what was, ahem, apparently, a mighty chilly day.

Still a struggling actress trying to make a name for herself, the poster, which she produced and maintained the rights to, earned millions and became one of the bestselling in history. Not long after, she was signed to the role of Jill Munroe on the iconic 1970s series, Charlie’s Angels.

Though she left the show after just one season, only returning for guest spots through 1980, Fawcett’s image as an Angel became one that defined her. Even after winning an Emmy and Golden Globe for her role as a battered wife in 1984’s The Burning Bed, she would always be thought of as Jill. 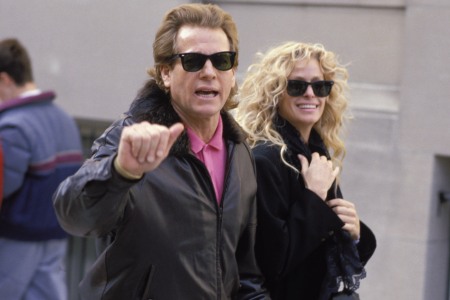 Fawcett started the foundation after her diagnosis in 2006 but was unable to devote much time to it because she was so ill. Farrah Fawcett was married to her resurrected flame from the 1980s and 1990s, actor Ryan O’Neal, from 2001 until the time of her death. As a sex symbol, she wanted to use her celebrity to bring awareness to a rare form of cancer that’s on the rise, but often goes unmentioned because people tend to be squeamish or embarrassed about it.

Farrah Fawcett was a true beauty and an American icon. In the words of her former co-star, Kate Jackson, “When you think of Farrah, remember her smiling because that is exactly how she wanted to be remembered — smiling.”

Read on for more Farrah Fawcett