What did Kristen Stewart do to get ready for the Twilight Saga: Eclipse premiere? The answer might surprise you. 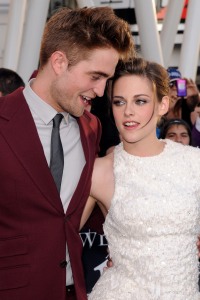 “I was literally listening to the Eclipse soundtrack,” Kristen Stewart admitted.

The world’s favorite heroine was also excited the Eclipse tracks were part of the LA premiere. “I love it! I’m glad it’s playing right now, too,” Kristen Stewart said, making reference to the music flowing through the system at the Eclipse premiere.

The soundtrack includes a theme song by Canada’s Metric and tracks from Eastern Champions.

Wonder what other music gets the media awkward girl going?

Recently Kristen Stewart and Taylor Lautner told Jimmy Kimmel about a karaoke escapade they had singing The Climb by Miley Cyrus. Turns out Stewart has a certain emotion she saves for Cyrus’ popular hit.

“I listen to The Climb sometimes when I’m feeling a little down. I know it shocked people a little bit, but I think it’s an epic song,” Kristen Stewart said. 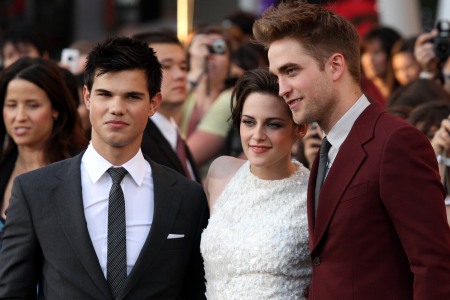 Looks like Kristen Stewart has nothing to frown about as The Twilight Saga: Eclipse tears into theaters June 30.