Kate Gosselin recently displayed permanently surprised eyebrows and a wax-like face during a shopping trip in her hometown in Pennsylvania. 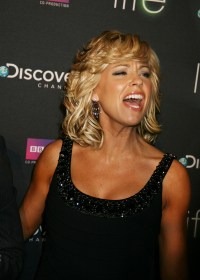 UsMagazine.com allegedly had plastic surgeons compare before and after photos of the Kate Gosselin, the 35-year-old mom.

They came to one conclusion — Kate Gosselin was the victim of bad Botox injections.

“Hhas the typical appearance of Dysport or Botox poorly placed in the space between the brows where frown lines occur.”

He went on to add, “the lateral part of her brow is elevated in an abnormally high position, which my patients refer to as McDonald’s arches.” 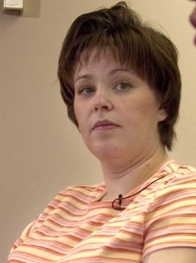 Dr Steven Pearlman of New York is reportedly saying, “The center of her eyebrows are dropped and spread, which can happen from Botox treatment of the forehead frown lines.”

While no one knows for sure if Kate’s frozen face is part of an injection gone wrong, it’s sure fun speculating.

Just for kicks, we’ve included this photo [at right] of Kate Gosselin long before she had any work done.

My, how things have changed on many levels!