If there’s any time to announce your relationship, why not do it on the red carpet of the world’s most anticipated premiere — Eclipse. That’s just what Kellan Lutz and AnnaLynne McCord had in mind when they walked the Eclipse premiere red carpet. 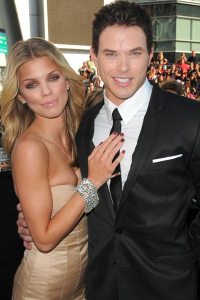 The couple has been tight lipped about their relationship, but during the Twilight Saga: Eclipse premiere the two looked more than comfortable showing how they felt for one another.

AnnaLynne McCord, looking striking, kept close to her main squeeze while the two greeted photographers on the red carpet.

A year ago it seems Kellan Lutz was playing it coy, telling Ryan Seacrest the two never date.

“I’ve known her for six years, and we met again on the set of 90210, but we shot Abercrombie way back in the day,” Kellan Lutz said.

Lutz’s character Emmett Cullen may have found happiness with his undead mate in Twilight, but the actor’s real life romantic relationships are a bit different. 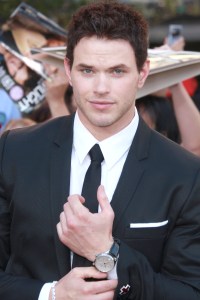 “I don’t really think about who I want to date,” Kellan Lutz said.

“I kind of fall into situations, and then I’m like, oh I’m dating you now.”

Could Kellan Lutz and AnnaLynne McCord be the new “it” couple for young Hollywood?

Stay tuned as we keep an eye on this new power couple in the making! Of course we’ll keep you posted.