Michael Jackson may have been on to something when he started donning studded shoulder pads and a one-hand-only glittered glove. If Michael Jackson could walk the earth one year after his death — just for a day — I wonder what he would say of today’s pop influences and their unique take on his memorable flavor. 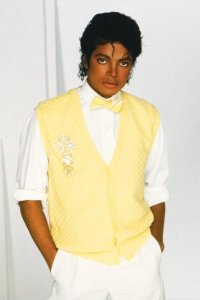 The theatrical costumes and movie-influenced music videos are just a small fraction of what artists today took away from Michael Jackson. Michael Jackson’s legacy lives in the present in ways pop culture and current artists may not even recognize.

Before Lady Gaga even thought about wearing 7-inch platforms or covering herself in bubble wrap, Michael Jackson had already thought of it. The innovative artist might not have literally thought about it, but his fashion choices while he was alive allowed current standouts to take the risk.

One year after Michael’s death, Lady Gaga is building her shoulder pads a little higher and showing her rhinestone underwear in much the same way.

Over the top clothing isn’t the only thing Michael Jackson and Lady Gaga have in common. Michael Jackson was ahead of his time when it came to music videos. He knew how to draw an audience in with mini movie’s centered on his timeless music.

Lady Gaga has produced epic music videos, Bad Romance and Telephone to name a few, which tell a story beyond a song and dance. They mirror the feel of Thriller or the gang scene in Beat It. 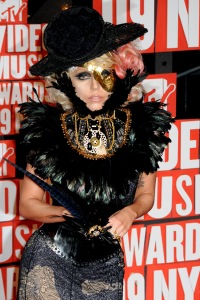 One year after Michael Jackson’s death we can turn on a Lady Gaga video and see a bit of him that we can honor.

Jason Derulo, the new dance and music sensation, was discovered by Kara DioGuardi for his smooth vocals, but moreover his crisp dance moves. I saw Jason Derulo in concert and when he took the stage he did something interesting. He froze in place with an arm bent to his head, pants hiked up and knee strategically bent. Remind you of anyone?
This was the exact stance Michael Jackson would use in many of his stage performances. Jackson knew how to work the stage — from the steps to trap doors — he did it all.

I started watching Jason Derulo and his presence had so much of the late Michael’s styling. From the popping of the moves to the use of a red leather jacket as a prop to flip the collar on — it was similar in a fantastic way. It’s like seeing Michael Jackson in Jason Derulo.

No matter what we do or where we go, there will always be a little bit of Michael Jackson in pop culture. It doesn’t matter if it’s one year later or five years later. Someone will emulate Jason Derulo and we’ll all know where he got his influence. It all starts with an icon to exemplify.
A bride in New Hampshire 10 years down the road will ask her older sister what cool dance they can do at the wedding. The sister will no doubt giggle and do her own version of Thriller.

One year later and Michael Jackson is still on pop culture’s mind through music, dance, and reference.