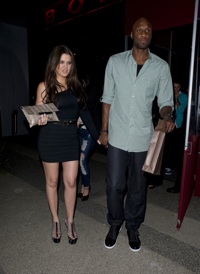 Kobe Bryant’s wife hates Khloe Kardashian so much she has banned the reality star from any and all events held by the close-knit group of Lakers wives.

“At a dinner for the wives, Vanessa didn’t want to invite Khloe,” an insider shares. “She said Khloe is a fake wife, and she didn’t want fake wives there.”

This ironic attitude is coming from a woman who took a $4 million diamond ring as a payoff from her husband after he was accused of raping and sodomizing a girl in a hotel room and admitted to cheating. Isn’t that what a “real” wife would do?

The insider adds that Khloe has been shut out of the wives clique because Vanessa badmouths her, and that “she won’t sit anywhere near Khloe at Lakers games.”

Vanessa “hates” Khloe and the rest of the Kardashians, calling them all attention-grabbing famewhores.