For Jake Pavelka and Vienna Girardi, the dust has barely settled on the remains of their unraveled love affair and they’re already back in the spotlight. Did Jake and Vienna ever leave? 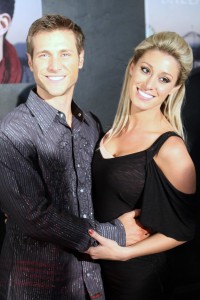 The Bachelor Jake Pavelka and his former flame have been playing the distraught lovers very convincingly — asking for privacy and dodging rumors that fame brought the couple to its breaking point.

Then why is the couple returning to TV to address their break up?

Jake Pavelka reportedly told Extra that he and Vienna Girardi would come together on the July 5 episode of The Bachelorette to gain closure and prove their love was genuine.

“Hopefully, it’s going to be some closure for me,” he said of the meeting. “America was there and stood at the birth of our relationship, and I think I owe it to them and to myself and to Vienna to let everybody be there at the end of it — that everybody understands it was real.”

Jake and Vienna’s not-so-shocking split has been the buzz over the past few days with no real answers to the cause of it all. Some reports are alluding to Vienna’s infidelity while others claim it was Jake’s quest to conquer stardom.

America might get their answers July 5 on The Bachelorette — or maybe not. TV has a sneaky way of keeping us tuning in.

As long as the cameras keep rolling and the people keep caring, Jake Pavelka and Vienna Girardi will keep finding their way into the spotlight.