Summer is proving to be quite the time for celebrity engagements, whether it’s America Ferrera, Orlando Bloom, Kellie Pickler or the Prince of Monaco! 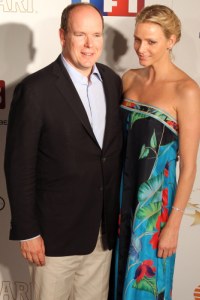 Prince Albert is taking advantage of the season of love as he has proposed to his longtime girlfriend, Charlene Wittstock.

A Monaco Palace spokeswoman confirmed to UsMagazine.com the Prince of Monaco is indeed engaged.

Albert and Wittstock began dating in 2000 when Charlene was in Monaco for a competition. She took up residence at the palace in 2006.

Their spokeswoman, Laetitia Perrat, wasn’t able to confirm when the happy couple would say their vows. We’ll keep you posted!

Here we thought there would be a royal wedding announcement this week from England! Guess we needed to look at a different country!