Lawrence Taylor was a master of speed on the football field, but the former linebacker’s latest set of legal woes proves that the law will eventually catch up to you if you do wrong.

TMZ alleges Lawrence Taylor has been officially charged with rape, stemming from an incident with a 16-year-old prostitute he hired back in May. Taylor was arrested outside a New York City Holiday Inn. 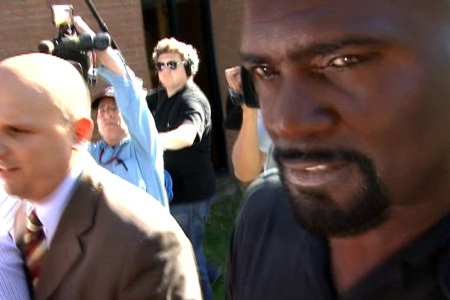 Prosecutors say he paid the prostitute $300 to have sex — allegations which Lawrence Taylor denies. Sources close to him shared part of his defense strategy, saying that he only masturbated.

According to TMZ the grand jury also indicted Lawrence Taylor on charges of a criminal sexual act, sexual abuse, endangering the welfare of a child and patronizing a prostitute.

Taylor’s agent, Mark Lepselter, said his legal counsel “made a strategic decision to not put any of our evidence in front of the grand jury. We look forward to presenting our evidence at the appropriate time.”

After hearing part of his defense, we can only imagine what evidence Lawrence Taylor will produce.

Read on for more Lawrence Taylor