Ever since Paramount decided to reboot Footloose, the film has had a revolving door of actors, directors and writers. Zac Efron initially abandoned the project over fears that he’d be typecasting himself as “the musical guy.” Then director Kenny Ortega was next to jump ship, claiming he was too spent from all his time on the Michael Jackson doc This Is It. Multiple scripts were trashed and Chace Crawford hightailed it over reported scheduling conflicts. 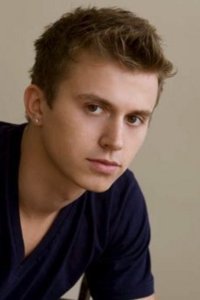 We were starting to wonder what it would take for Footloose to keep a good man around.

But then Craig Brewer (Hustle & Flow) stepped in as both writer and director and the project seemed to finally find some footing on its newborn colt legs. Today, with the announcement that a lead has been cast, Footloose is officially hot to trot.

Relative newcomer Kenny Wormald has landed the role of Ren, a part immortalized by Kevin Bacon (photo below!) and his Dance of Anger back in 1984.

We’re a little embarrassed to admit this, but we’re already very familiar with Kenny Wormald’s work. He starred in Oxygen’s sequel to Center Stage, Center Stage: Turn it Up, back in 2008 and it’s been saved on our DVR ever since. The acting is atrocious and the lead actress is painful to watch, but Kenny Wormald’s adorable Boston accent and flossy moves were enough for us to still hold on to it, two years later, for those lazy Sundays when you just want to sit on the couch and enjoy some hot man moves.

Kenny Wormald, who recently toured with Justin Timberlake and appeared on the MTV series, Dancelife, will star opposite Dancing with the Stars champ Julianne Hough as Ariel and Dennis Quaid, who will play her father, Reverend Moore. 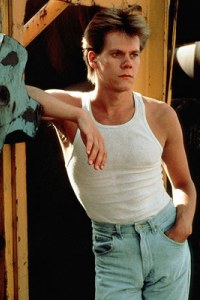 Footloose will be choreographed by Jamal Sims, who we fell in love with while watching the special features on our Hairspray DVD. Not only can the guy dance but he’s funny, charming and oh-so fine!

We were a little concerned about Footloose until Brewer jumped on board and now, dare we say it, we’re getting kind of excited. “I saw Footloose in my hometown theater when I was 13-years-old and it rocked my world,” Brewer said in a statement. “I can promise fans that I will be true to the spirit of the original film. But I still gotta put my own Southern grit into it and kick it into 2011. It’s going to be a blast!”

Footloose for the new millennium is scheduled for release April 1, 2011.