Jake Pavelka and Vienna Girardi break up and it has us wondering: Can a match made in reality show heaven last? 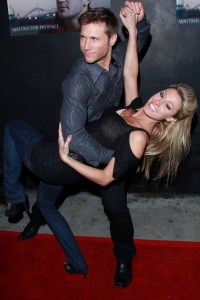 It’s hard enough to find a soul mate in the real world, but add a camera crew, producers, and one very involved host and it becomes virtually impossible, especially on The Bachelor and The Bachelorette!

SheKnows explores The Bachelor and The Bachelorette franchise and its inevitable curse on its latest victims — Jake Pavelka and Vienna Girardi.

The Bachelor series has formed 14 unions — only one couple is still standing — Jason Mesnick and Molly Malaney. But even that couple, who walked down the aisle in February, wasn’t immune to bad press and rumors.

The matchmaking on The Bachelorette side doesn’t fair so well either. With a total of five seasons behind the show, only Trista Rehn and Ryan Sutter, who married in 2003, and Jillian Harris and fiance Ed Swiderski stand united.

So, did Jake Pavelka and Vienna Girardi ever really stand a chance?

People in general are blinded by power, money, and fame. The Bachelor and The Bachelorette provide the perfect opportunity for those craving the limelight — Jake and Vienna are no exception to the rule.

This could be the main ingredient leading to Jake Pavelka and Vienna Girardi’s recipe for disaster. 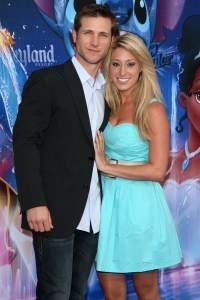 Anyone can do an Internet search on Jake Pavelka and notice something interesting. As far back as 1999, the world’s hottest pilot was making small appearances in shows like Walker, Texas Ranger.
Did Jake Pavelka have more on his mind than just marriage when he signed up for The Bachelor and asked for Vienna Girardi’s hand in marriage? Recent evidence might suggest so.

The ring had barely been on Vienna Girardi’s finger, and her husband-to-be was already on to his next reality show — Dancing with the Stars. Normal couples take the time to celebrate their engagement and bask in the glow of bliss, but not these two — they went straight for the camera.

It looked like Girardi was taking a back seat, playing the doting fiance and supporting Jake’s dancing stint at every turn — but the former Hooters waitress received her own face-time. Vienna Girardi appeared on talk shows and happily gave interviews on being the other half of the famous couple.

But this isn’t the first time that The Bachelor and The Bachelorette contestants have used their reality show fame to snag some roles — Bob Guiney. The fourth season’s bachelor managed to turn his career into a full time hosting gig and TV personality via his time on The Bachelor. Does he still have the love of his life by his side? No! Bob Guiney’s career took off and so did Estella Gardinier. 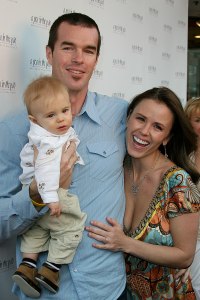 Like the many that came before them and the others that will likely fail in the future — Jake Pavelka and Vienna Girardi’s time was short lived.

How could this couple that met on a reality show really stand the test of time? And why didn’t they end up like Trista and Ryan [at right], happily married with children?

It might have worked if they weren’t so obsessed with moving from one thing to next. Let this be a warning to future contestants everywhere.

I call it the want-it-all curse. It’s like they thought they could get their TV time and love would be the added bonus.

This does not look like a couple mourning their dissolved relationship. It looks like the pair are happy to be in the spotlight — but that’s just my opinion.