Is Jennifer Garner pregnant? These photos seem to say yes! 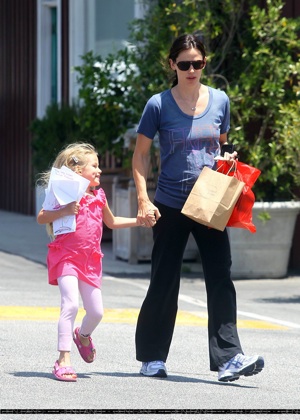 Jennifer Garner has been seen around town in baggy outfits sporting what seems to be a tell-tale baby bump — at least, it looks bigger than if she had just eaten a few too many burritos.

If it’s true, could this baby be a last ditch effort to save the couple’s marriage?

February reports had hubby Ben Affleck, who spent time in rehab for alcohol abuse, downing shots of vodka at Sundance.

Some say the relationship has become strained as Jennifer Garner tires of Ben Affleck’s drinking and carousing with other women.

Things can’t be all that bad, though.

The couple will celebrate their fifth wedding anniversary this month, a lifetime for Hollywood couples. Jennifer Garner and Ben Affleck already have two daughters, Violet, four-and-a-half, and Seraphina, one-and-a-half-years-old.

Is a boy in their future? 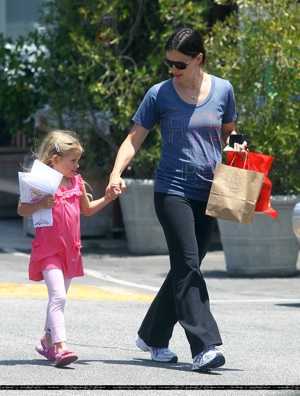 Garner needs to make an announcement one way or another pretty quickly.

She and Nick Nolte are in talks to star in a Warner Bros remake of Arthur. The flick already has Russell Brand and Helen Mirren on board.

Jennifer Garner would play an heiress and Nick Nolte her religious father. A full preggo belly would certainly get in the way!

Stay tuned to SheKnows for confirmation on a new Garner-Affleck baby!