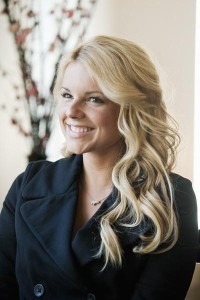 There’s something to be said for a good old-fashioned love poem. The remaining bachelors on The Bachelorette were asked to channel their romantic side by preparing a sincere sonnet for Ali Fedotowsky. The winner’s prize — a one-on-date with The Bachelorette.

Chris Harrison added an interesting twist to the game — use Icelandic vocabulary and you might get bonus points.

Not sure what Craig R was thinking with his Icelandic babble but it was far more creative compared to Kasey’s ear straining mouse voice. It was Kirk’s jet setting-inspired masterpiece about finding love while traveling the world that brought tears and a smile to Ali Fedotowsky’s face.

Kirk’s one-on-date sent the already unhinged Kasey into a spiral and got Frank thinking he might need to be a bit more attentive to Ali.

In the first one-on-one date of the night Ali and Kirk brought out their inner child. The cute couple shopped for matching sweaters and it actually looked like Kirk was having fun. Of course the mood turned serious when he admitted to Ali he hadn’t been in a relationship that lasted more than a year. He refused to say any more and it was obvious Ali wasn’t going to let it rest.

Later on at dinner Kirk decided to open up about his past. He explained that five years ago he fell ill from asbestos and didn’t know if he’d live or die. Shock doesn’t even begin to explain Ali’s face. Before she could respond, Kirk said the illness didn’t define him, it made him prioritize. Bulls-eye — Kirk was back in the competition.

Back at the hotel, the guys awaited the group date choices and the dreaded two-on-one date. This did not go well for Kasey. Ali decided it would be Justin and Kasey who would fight for a spot and rose in the two-on-one date. 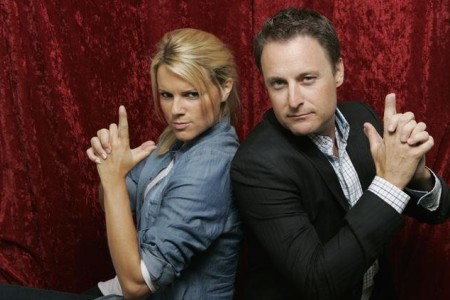 This started an epic series of mind games between the wrestler and the odd duck. Kasey babbled to Frank about being tired of competing and wanting to be the man who takes care of Ali. He completely melted down and Justin loved it.

To further get into Kasey’s head, Justin had his infamous cast sawed off. He still hobbled with a boot, but he was much more agile to Kasey’s dismay.

Ty the cowboy to the rescue. The group set out on horseback, with Ali Fedotowsky leading the pack as a natural. Chris N had trouble getting his horse to relax so Ty swooped in and saved the day — showing the object of his affection his helpful side.

Mystery happened upon the riders when they came upon a conveniently placed cave made of lava. Chris L manned up by going in first, knowing Ali was right behind him. The two nabbed some one-on-one time in the secluded cave before the others found them.

Frank continued to feel useless on the date and his paranoia over going home started to take its toll.

With all that horseback riding and cave exploring, it was time to relax at the Blue Lagoon. The air was cold but the lake was hot for more than one reason.

Ty heated things up by cornering Ali near a waterfall, but don’t count Chris L out. The underdog ensured some valuable smooch time as well.

Frank stole Ali away for some quality time. She bluntly said he is invisible right now. He needs to be there for her and forget all the other guys.

Ty’s attention to detail and focus on Ali got him the rose, leaving Frank understanding what he has to do and Chris L dumbfounded.

The trio set off in a helicopter high above Iceland, touching down — literally — on top of the headline grabbing volcano — Eyjafjallajokull. Ali, Justin, and Kasey took in the view of the gorgeous eruption forgetting that in just moments it would be the end for one of the guys.

Justin pleaded his case in true Rated R style, turning on the charm. He didn’t really say much, choosing instead to listen to Ali blabber about how hard the decision was.

Then it was Kasey’s turn. Ali begged the guy not to change, even though she asked him to back off previously. In the unveiling we had all been waiting for, Kasey showed Ali his shield tattoo. She didn’t freak out like we thought she might. Instead she commended him for his individuality — but it wasn’t enough to save the guy. At least he’s got his tattoo.

Tension ran high for the guys. With Kasey already gone, the guys weren’t sure who was next, each trying to steal some time before the big decision. Chris N won’t be packing his bags to join the world tour of love next week. Next stop: Istanbul, Turkey.