Marisa Tomei lights up the screen in Cyrus. Hardly a surprise, Tomei has been illuminating her films for two decades — a career effort that has earned her three Academy Award nominations and one Oscar win for Best Supporting Actress.

Marisa Tomei wowed audiences in My Cousin Vinny. That performance introduced her to the world and Tomei has been turning heads in acting circles ever since. 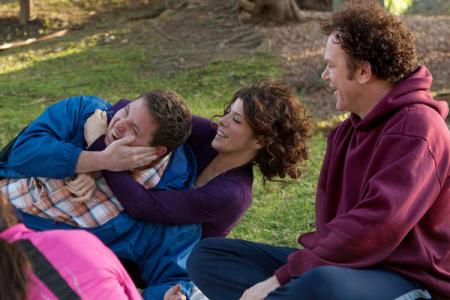 The distinguished career of Marisa Tomei, that has seen a rocket boost of late with The Wrestler, Before the Devil Knows You’re Dead and John Cusack’s War Inc, finds a new summit with Tomei’s performance in Cyrus as Molly.

Molly is a mom to a uniquely talented son. She has raised Cyrus (Jonah Hill) by herself and produced a creative, yet slightly manipulative son. Throughout Cyrus, Marisa Tomei paints a picture with her acting gift that connects her to her overprotective son Cyrus and her love interest in John C Reilly’s John. 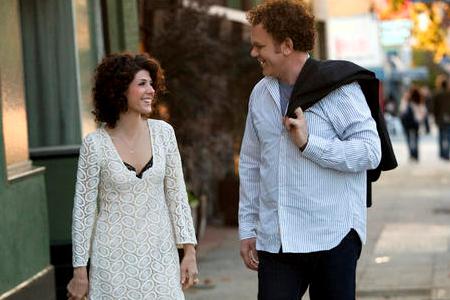 John is a lonely man who doesn’t know how lonely he is until he meets Molly and his world is turned upside down. 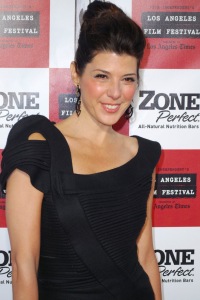 To sit down with an Oscar winner is always an honor, and with someone as uniquely talented as Marisa Tomei, SheKnows was thrilled and humbled by the cinematic center of Cyrus that is Tomei’s performance.

Cyrus is a story of love. Cyrus is also a story of familial love and how in this dysfunctional-functional society of 2010 we find ourselves accepting all sorts of forms of family.

Jonah Hill does make his mark as Cyrus, but his scenes opposite Marisa Tomei bring Cyrus to life.

Tomei found the Cyrus experience, written and directed by brothers Jay and Mark Duplass, an actor’s dream of a cinema shoot.