Ellen DeGeneres is one busy woman, but that is how Ellen wants it. Sure, Ellen DeGeneres hosts a daily talk show and is up for another Daytime Emmy Award (which SheKnows will be covering live!). DeGeneres is also a judge on the biggest show on the planet, American Idol. But, Ellen DeGeneres is still producing even more with the premiere of her own variety show, Ellen’s Somewhat Special Special, airing on TBS.

Ellen DeGeneres sat down to discuss the finer points of crafting a variety show and how the endeavor not only is right in her wheelhouse of creativity, but also a lost art on television that is worthy of a major comeback. DeGeneres also dishes her time on American Idol and why she chose to join the hit show.

Ellen DeGeneres: Variety is the spice of life 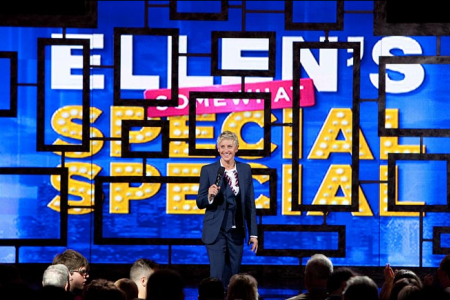 SheKnows: Variety shows used to litter the landscape, why do you think it’s worthy of a comeback with Ellen’s Somewhat Special Special?

Ellen DeGeneres: I grew up watching Carol Burnett and you know Smothers Brothers and Donnie and Marie. All those — that was sort of the TV show that everybody had when I was growing up. So I’ve always loved it and I’ve tried to do it before I did my second sitcom. I did a pilot for CBS, that was a variety show and it was sort of a Larry Sanders. It was me as a host of a variety show. It was the behind the scenes and then also on stage.

SheKnows: So are you yourself a fan of the variety show?

Ellen DeGeneres: I’ve been wanting to do a variety show for a long, long time and this is just so much fun that I get to do this when I have my spare time. I think there’s more America’s Got Talent and a lot of people are enjoying this, and people are looking on the Internet for all kinds of interesting things that you don’t normally find. So yes, I’m a huge champion for this kind of show. 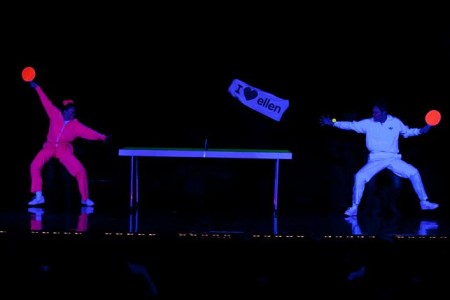 SheKnows: Can we see more of this programming from you in the future?

Ellen DeGeneres: Well, yes, I always like using different muscles, you can take that however you want [we laugh]. But, doing something once a year is fantastic, I highly recommend it if you can do it. It’s a wonderful thing. It’s very freeing and I can put a lot of energy and attention into it and it’s something I love doing. It is sort of why I took on American Idol and when I have a full-time gig of my own with the talk show, I like stretching myself, I like challenging myself and I think it is important to — as you say use another muscle. 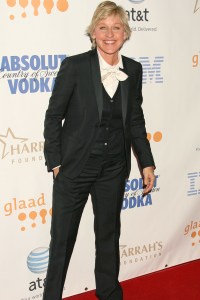 SheKnows: What is the recipe for putting together a successful variety show?
Ellen DeGeneres: Well, I’ll have a smoothie in the morning and then I’ll do some jumping jacks. [We both laugh] You know, it’s kind of the same as doing my show. I have a group of people that scout. Some people went to Chicago to look at the best place for us to shoot and we had about five different ideas. We have meetings about what we want to do and we come up with some really good ideas.

SheKnows: You’ve done this before with TBS, was it essential to make this go-around completely different?

Ellen DeGeneres: [We had] lots of meetings and conversations about what will make it different this time and once we narrow down the acts, we start looking at just about every act we can find that seems interesting. We just keep whittling it down until we get to the strongest. This is an easy gig as I have it.

Up next…Ellen DeGeneres dishes what makes a good variety show act and why she got into show biz!