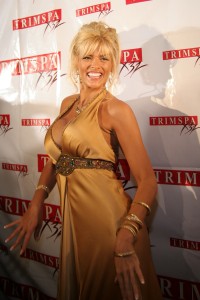 Larry Seidlin, the famous former Fort Lauderdale judge who decided where Anna Nicole Smith’s remains would be laid to rest, is stirring up some wild accusations in a new book set to release June 22.

Seidlin is claiming someone is responsible for Anna Nicole Smith’s 2007 death — but he doesn’t say who. The accusations of manslaughter are ambiguously alluded to in the judge’s new book.

“I think enablers should be punished,” he wrote. “How about keeping her off drugs while she was alive? He was with her every day; how about saying no, and if she kicks your ass out, then goodbye and good luck,” the assertive judge wrote — referring to Howard K Stern.

On August 4, Stern and two of Anna Nicole Smith’s doctors are set to stand trial for illegally funneling sedatives and opiates to her. The three have pleaded not guilty and have not been charged with causing Anna Nicole’s death.

It seems Seidlin’s concerns about the death of Anna Nicole Smith might be nothing more than the opinions of one very controversial judge. In fact, he offers no solid proof their deaths were anything other than accidental drug overdoses. In other pages from the book, Larry Seidlin details his change of heart over Anna Nicole Smith’s burial decision.

At one time he wanted Smith buried in the Bahamas with her son, Daniel. But in the book he comes to the defense of Smith’s estranged mother, Virgie Arthur, who fought for the Texas burial of her daughter’s remains.

“Her soul and Danny’s soul need to be placed on sacred ground in the Lone Star state with people who grew up with her and loved her in her simpler days,” Sidlein wrote, insinuating he wishes a reburial.

We can’t help but wonder if the judge is purposely trying to stay in the spotlight. Larry Seidlin is said to have cut a deal to star in a TV show called Psychic Court. Seidlin will call on the aid of psychics and tarot card readers to help him pass judgment on family court and small claims cases. It’s reportedly set to premiere in the fall of 2011.