Chris Klein is heading to rehab. After being arrested on suspicion of DUI June 16, Chris Klein is ready to take responsibility for his actions. 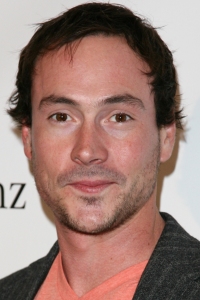 “After recent events, Chris was forced to take a clear look at a problem he has been trying to deal with himself for years,” Klein’s rep told the magazine.

Chris Klein, 31, was slapped with a DUI in 2005. During his latest arrest, the actor managed to produce a blood alcohol level of .08 — well above the legal limit.

His rep went on further to tell Us, “He understands now that he cannot beat this disease alone. He thanks everyone for their support as he takes all the necessary steps to deal with his addiction and asks for privacy while doing so.”

Klein will hopefully straighten up and get himself together at the Cirque Lodge in Utah. A source told Us that Chris Klein entered into a 30-day alcohol addiction program at the famous center that treated actresses Eva Mendes and Mary Kate Olsen.

Chris Klein will likely stay longer than the program’s 30-day time frame if needed. We wish the actor the best.

Read on for more celebrity rehab

Brooke Mueller heads to rehab
Chris Klein arrested on DUI
Is Lindsay Lohan off the hook?