Glee fans around the world can rejoice. It’s confirmed, John Stamos has joined the cast of the phenomenon Glee! 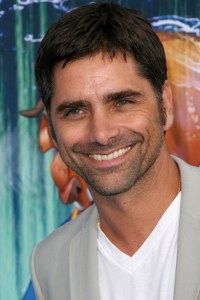 John Stamos, of Full House fame, is slated to play a dentist who vies for the attention of the neurotic and obsessive-compulsive guidance counselor, Emma Pillsbury.

Look out Mr Schuester — Uncle Jesse always gets the girl!

It was only a matter of time before Fox added the actor, who is no stranger to the musical genre having performed in the likes of Cabaret and Nine.

Glee even referenced John Stamos in a scene with Emma Pillsbury. “They say it takes certainty more than talent to make a star. I mean, look at John Stamos.”

The former, yet still in many minds current, heartthrob, is excited about the new adventure and considers himself a fan. John had this to say to E!

“I started watching the show when they goofed on me and fell in love with Glee. I find it to be a celebration of diversity and I’m proud to be joining that whole extremely talented team,” John Stamos said.

We wonder if John Stamos will convince Glee’s creator, Ryan Murphy, to do a Beach Boys episode. After all, Stamos has played with the band for decades. One can only dream.