Stars took to Twitter this week to make some pretty big statements — Lindsay Lohan fired back to the haters of her alcohol debacle, Adam Lambert debuted an eye raising new hairdo, and now Amanda Bynes has announced her retirement. 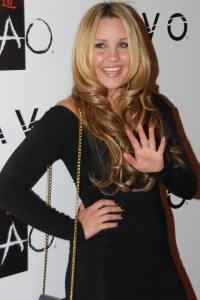 Amanda Bynes, 24, shook up Twitter declaring, “I know 24 is a young age to retire but you heard it here first I’ve retired.”

Bynes, who starred in the teen comedies Sydney White and What a Girl Wants, just isn’t enjoying herself like she used to. “Being an actress isn’t as fun as it may seem,” she explained. “If I don’t love something anymore, I stop doing it. I don’t love acting anymore, so I’ve stopped doing it,” Bynes added.

It seems the actress might be hinting that she wants to be more involved in the process. “I’ve never written the movies or shows I’ve been a part of. I’ve only acted like the characters the producers or directors wanted me to play,” she tweeted.

Amanda Bynes was last seen on screen as Penny Pingleton in the 2007 remake of Hairspray. If her retirement is indeed legit, fans can catch her one last time in Easy A, due out this fall.

Constance Zimmer is engaged
Michael Jackson’s kids: After one year, how are they?
Jesse James’ custody battle update