Marisol Nichols has gone through The Gates on multiple occasions. And by The Gates we mean the strenuous process that is getting a freshman show off the ground. “Been there, done that,” Marisol Nichols said of her television pilot history. 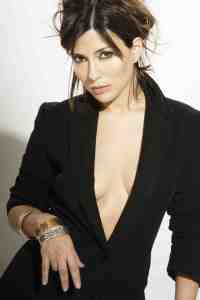 The mother of Rain, 1, is starring in ABC’s The Gates which premieres June 20. After putting her daughter down for a nap, Nichols called to talk about The Gates, the supernatural and how a certain former co-star’s current success pleases her beyond bliss.

Inside The Gates with Marisol Nichols

SheKnows: How are things in your world today?
Marisol Nichols: Things are really good. I’m home. I’m in LA for the weekend. I’m a happy girl and mom!

SheKnows: What do you want people to know about The Gates?

Marisol Nichols: That it is no way, in any shape or form, trying to be Twilight or True Blood. It’s completely not the same thing. It’s like what people said about Grey’s Anatomy: Well, it’s really ER. OK, I get it. But, it’s not.

SheKnows: No, Grey’s Anatomy is so not ER [laughs]!

Marisol Nichols: No [laughs] it’s not. It’s a lot more serious. It’s not just vampires. We have all kinds of creatures [laughs]. We’re not just prejudiced against vampires! We have issues with all kinds of creatures. But, what I liked is that everyone has their own particular fight that they are fighting for. It’s not about who sucks who’s blood — nothing like that. In that sense, it’s more of a drama than people are expecting.

SheKnows: It’s also got the classic nighttime soap opera feel to it in a neighborhood where everyone has a little something they need to keep secret.

Marisol Nichols: Exactly and believe it or not, even if they are different creatures, everyone can relate to the storyline in some shape or form.

Vampires & other things that go bump in the night

SheKnows: The pop culture craze that is centered on vampires now doesn’t seem to be going anywhere. 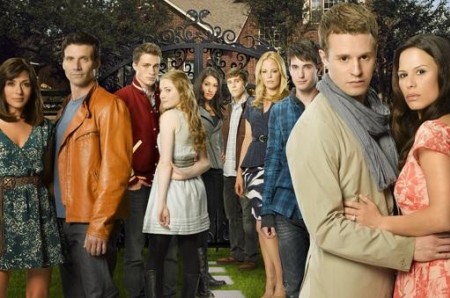 SheKnows: What do you think it is about the supernatural — not just vampires — that resonates with audiences in its ability to tell stories through a different set of eyes?

Marisol Nichols: I can compare it to when I was a kid, I used to like to read stories before I went to bed. I wanted to read about other lands and other stories and fairy princesses and other places — things different than my own life. It’s a nice escape. So, when you have science fiction or fantasy, it provides an escape — which is what movies are for, and why we read books and watch television.

SheKnows: What first attracted you to The Gates? 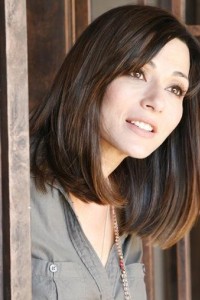 Marisol Nichols: It was written in a way that I cared about what happened to each character. I wanted to know more, for me [laughs], that’s all you can really ask for! I remember saying to my husband, “I would watch this. I will watch this.”

SheKnows: And I would think it’s a great place to be introduced to an audience. If you came out in the fall, you’re competing with 100 other shows.

Marisol Nichols: They’re pushing it so hard, it’s really nice, we get a lot of promo, to be honest with you. We get a lot of face time. It gives us more of an edge to check us out.

Marisol Nichols: Oh, it was fantastic. I came on the season after they won everything [laughs]. So, you’re basically stepping into a best case scenario. You already had avid fans. Anyone who wasn’t already a fan, by the Emmys and the Golden Globes, became a fan. The show had been on for so long so it already had its groove going. It was stepping into a well-oiled machine.

SheKnows: What did you take away from the 24 experience?

Marisol Nichols: I’ve done a lot of series and all have gone one year. To be on a set where everyone has been working at this for so long, I think what I took away is that what they had on 24 is something to strive for.

Marisol on the cult of Chevy Chase

SheKnows: Lastly, you starred — a while ago — with Chevy Chase in Las Vegas Vacation. What is it like for you to be someone who has known him for years and see him find a new chapter in his success with Community?
Marisol Nichols: It’s great. I love it! To me, it’s talent. Hollywood will always say, “Well, they’re hot, or they’re not, or they’re in or they’re out.” To me, I just like to see talent keep going. Regardless of whether you like him or not, that man is talented. He is a comedian and he makes people laugh. To see him continually doing that — I love that.