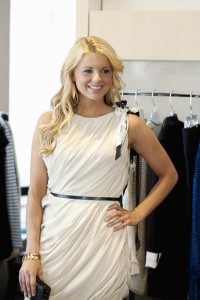 On the June 7 episode of The Bachelorette, pro wrestler, Justin Rego appeared in one shot wearing a cast on his left foot, only to reappear minutes later with the cast on his right foot.

So, who has the expert eye that caught the reality show blunder? Why the viewers at The Soup of course — and some other very perceptive fans.

Now, settle down Bachelorette junkies, there’s a perfectly good explanation for the faux pas. Host Chris Harrison told Ryan Seacrest all about it during a call to Seacrest’s morning show.

“Our editing department sometimes — and you never notice this unless a guy has a cast on his leg — sometimes they will flip a shot just to make it look prettier,” Harrison told the radio host.

When in doubt blame the editing department. Sounds logical — I guess. The Bachelorette host went on further to defend this season’s villain and the allegations.

“The day before we got to [Rego’s] hometown to shoot video, he was working on these cool wrestling moves…and that’s when he broke his leg. He really is hurt, and it’s the same leg,” Harrison explained to Ryan Seacrest.

Wait, now I’m more confused. Is it his leg or his foot? ABC says it’s the left, and that it is indeed the foot, not leg. Glad that’s cleared up so Ali Fedotowsky can make her choice!

The Bachelorette injury update: The Soup proves it!