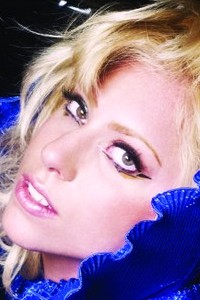 Lady Gaga and her little monsters took on the World Music Awards and won. The artist’s victory for Best New Artist probably wasn’t a big shock — but her reign didn’t stop there.

The theatrically dramatic Lady Gaga took charge of the evening’s win column by also snatching the Best Pop-Rock album. The fame monster received all her awards via satellite and by night’s end racked up a whopping five. This ties her for the honor of most World Music Awards won in a single year.

Maybe it’s because the World Music Awards take place a world away in Monte Carlo, Monaco, but everything was bigger at the show — hair, outfits and performances!

Acts blasted the stage, some with a DJ and dance crew, ready to get the party started. Even the international acts we may not be as familiar with provided music with techno undertones.

Jennifer Lopez blew the roof off the Monte Carlo Sports Club with a dance-infused medley of her greatest hits. But it might be the back revealing dress she wore to accept the Outstanding Contribution to the Arts Award that will have people talking for days. Not sure if it will rival her famous green Versace number from the 2000 Grammy’s, but it was pretty fierce. Minus any wardrobe malfunctions, the triple threat diva lovingly thanked her husband Marc Anthony for his support.

Let’s hear it for the rappers! Master lyricist Ludacris got low with gritty female backups while commanding the stage during How Low?

French DJ David Guetta got the crowd on its feet with a spectacular number collaborating with Kelly Rowland, Akon, and will.i.am.

David Guetta, the house music mix-master, mangaged to snag a few trophies, taking home best producer, French artist and DJ prizes. This guy has been working with the cream of the crop in music?? 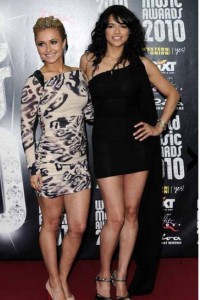