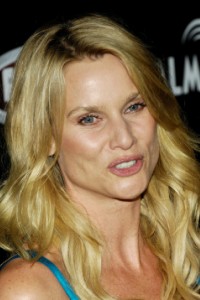 Nicollette Sheridan, the former Desperate Housewives star, is still claiming Cherry struck her “across the head and face” while on the set and fired her from the show once she complained.

However, in the amended complaint, Sheridan is adding the response she received after informing ABC of what happened.

“In December 2008, Sheridan was informed that ABC had fully investigated her complaint and had concluded that she was not mistreated,” stated the amended document. “In fact, the Executive Vice President of ABC Studios, Howard Davine, claimed that: Marc [Cherry] simply gave her a light tap on the side of her head for the sole purpose of providing direction for a scene they were rehearsing.”

With that, ABC decided to take no further action and closed the investigation, informing Sheridan that, “We will finish off the season in the spirit of professionalism and courtesy that has been the normal course for Desperate Housewives.”

The newly amended complaint also claims that Nicollette Sheridan’s character was killed off of the show after ABC made their decision about her altercation with her former boss.

“However, rather than a season of professionalism and courtesy, Sheridan was informed in February 2009 that her employment on the show was going to be terminated and that her character, Edie Britt, was being killed off the show.” The document goes on to further say, “She was to film her final episode the last week of February 2009 and first week of March.”

Nicollette Sheridan, who starred as the devious Edie Britt for five seasons on Desperate Housewives, is asking in excess of $20 million for her claims, which include wrongful termination and assault.