Jeremy London was kidnapped from outside his hotel in Palm Springs, California and reportedly forced to take drugs. 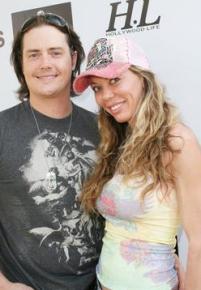 Jeremy London was taken at gunpoint, according to the Palm Springs Police Department, and kidnapped in a heinous incident that took place sometime last week.

The details regarding the former Party of Five and 7th Heaven star’s ordeal were kept under wraps until now.

The Palm Springs Police Department said Jeremy London was changing a flat tire on his car. Several men on foot offered to help London and it seemed harmless enough.

Jeremy London offered the men a ride for their trouble and this is where it turned ugly. “The gunman forced London to drive to various locations throughout the city, purchase alcohol and use illicit drugs,” police spokeswoman Melissa Desmarais said in a statement.

Unconfirmed reports say the actor was forced to smoke crack cocaine, but details are still unclear at this time. It is reported the 12-hour nightmare came to an end after London finally got away from the men at 2:35 am and contacted police. Jeremy London’s car was later found in the Gateway Estates neighborhood. Coincidentally, that is where one of his attackers resides.

Jeremy London has yet to speak out about the terrifying situation, but his spokesman had these encouraging words to say:

“Thankfully, Jeremy London survived his terrorizing ordeal in Palm Springs last week — although understandably shaken and scared, he is currently working closely with law enforcement as they investigate the horrific turn of events,” Dominic Friesen told E! News. “Jeremy is spending quality time in an undisclosed location with family and friends, and appreciates the overwhelming support from his fans.”

Jeremy London, a recovering drug addict, is currently in the middle of a divorce and custody battle.

The Palms Spring Police have already detained and charged a suspect. Brandon Adams, 26, was arraigned and charged with kidnapping, robbery, possession of stolen property, vehicle theft, carjacking and using a firearm during the commission of a felony. He is currently being held at the Larry D. Smith Correctional Facility.

Read on for more Celebrity news