Taylor Lautner has Hollywood by the tail. The werewolf from the Twilight series, otherwise affectionately known as Jacob, sat down to discuss the third chapter in the Stephenie Meyer series, Eclipse, as it hits the big screen June 30.

Taylor Lautner’s rise to Twilight superstar has been nothing less than impressive and lucky — he is the first to admit that fact. Lautner starred in the Robert Rodriguez movie Sharkboy and Lava Girl and told us at the Twilight junket that he “thought my career was over.” 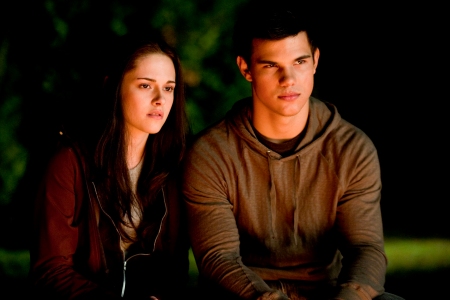 Granted, Taylor Lautner was kidding and was only a pre-teen at the time of Shark Boy’s release. He had his whole life ahead of him, although, no one can ever predict career longevity when it comes to the treacherous forest of Hollywood that can be more vicious than an evil vampire.

Taylor Lautner has not only survived the Hollywood machine, he is triumphing in it while still simultaneously keeping grounded by surrounding himself with friends and family. 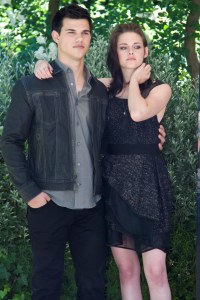 SheKnows: Taylor, is there a downside to fame?
Taylor Lautner: There’s a million more pros than cons, for sure. Obviously, the privacy thing is a little different. It’s not normal to wake up and have 12 paparazzi cars waiting outside to follow you to Starbucks in the morning. But, there’s a lot more pros, and I’m willing to put up with those cons, for sure.

SheKnows: Do you ever go out without being recognized now?

Taylor Lautner: Yeah. You can be creative. It’s a matter of choosing where you go and when you go: A mall, probably not! A movie theatre, probably not. I have my hang-outs, like the good low-key restaurants. Sometimes you’re like, “I don’t care. I want to go bowling and I’m going to do it.” Sure enough, it’s hectic, but you have fun. Then, you go home and you think, “I’m not going bowling for a while.”

SheKnows: How would life be different without Twilight?

Taylor Lautner: This franchise has been such an incredible platform. It’s amazing. I’m so thankful for this franchise and the opportunity. I’ve had the time of my life, the last two years, and I’m just so thankful to be in this position now. I’m having fun making movies. I’ve met a lot of cool new people and had the opportunity to work with a lot of new talented people and amazing is the best word for it.

SheKnows: Now, you had to get in shape for New Moon beyond anything you imagined. What has been the biggest surprise to you in your post-buff life? 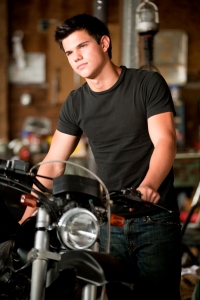 Taylor Lautner: The most interesting thing I found is that it’s just as hard to maintain it as it was to put it on in the first place. Trust me, it was really hard putting it on and it is just as hard keeping it. If I’m really busy and can’t get to the gym, or if I’m busy and don’t have time to eat, it just comes off and it takes 10 times the amount of time to put it back on again. It’s tough.

SheKnows: If you could cheat with any food for one moment, what would it be?

Taylor Lautner: Occasionally, you really want some ice cream, for sure [laughs]. You’ll cheat a time or two. When it comes closer to filming, or when you have a magazine photo shoot, then you really just have to stay strong and cut it out.

SheKnows: Which leads us to the scene where Edward and Bella drive up and you’re standing there without a shirt…

Taylor Lautner: I believe it was actually in the book [laughs], but it was definitely in the script. When I read that, for the first time, I couldn’t wait for Rob to deliver that line, “Doesn’t he own a shirt.” It was funny. It was quite obvious. When they (Bella and Edward) pull up in the middle of the street — even with the position I’m in — I’m leaning back up against the car, with my hands behind me, it looks like I’m flexing [laughs]. Those are the awkward scenes, when everybody else is fully clothed, it’s raining and I’m posing for them.

Up next…Taylor talks about Robert Pattinson and the best line in Eclipse as well as his next film, Abduction.