Steve Carell stars as Gru in Despicable Me and learns a few things about parenting. Carell, himself a parent, shares exclusively with SheKnows his secrets to parenting.

Steve Carell burst onto the pop culture scene with his legendary performance as Michael Scott in The Office. Since hitting it big on The Office, Steve Carell has anchored hit movies as well including Date Night with Tina Fey, Judd Apatow’s The 40-Year-Old Virgin and who could forget his sensitive turn in Little Miss Sunshine? 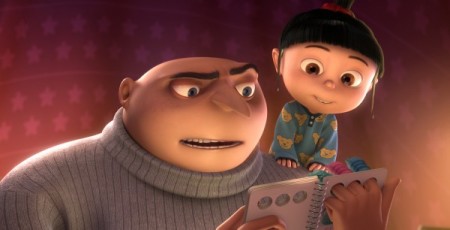 In Despicable Me, Carell is perfectly cast as Gru, the evil villain looking to become the world’s most feared super-villain. In an effort to bring down his rival, he adopts three orphan girls thinking they are the key to his success. In fact, the trio of young girls manage to teach Gru a thing or two about life and love.

Along the way, Gru’s mother (voiced by Julie Andrews – don’t miss our exclusive clip from her!) reminds her son that he is half the man, or villain, she hoped he’d become. 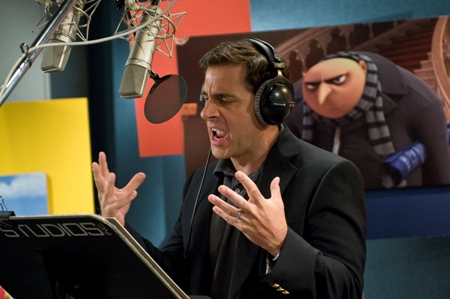 Despicable Me opens in theaters in dynamic 3D on July 9 and could not arrive soon enough!

The family film that appeals to everyone in the family from eight to 80, is a lesson in unconditional love and the power that it holds.

Steve Carell takes an Arnold Schwarzenegger-like accent for his character in Despicable Me and as our readers can see exclusively in this clip, nails it with comic flair to spare. 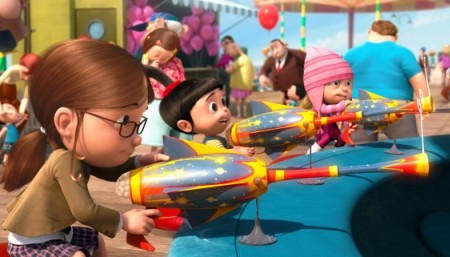 Matching Carell’s voice-over talents moment for moment is Andrews as his mother, and also Jason Segel as Gru’s evil competitor who goes by the moniker of Vector, as well as Russell Brand as Gru’s trusty sidekick.

With the potential to be the box office king of summer movies, Despicable Me’s ingredients match the Hollywood-hit recipe — action, comedy, animation, family fare, and heartwarming-homespun tale with a hefty serving of one of the summer’s best casts. 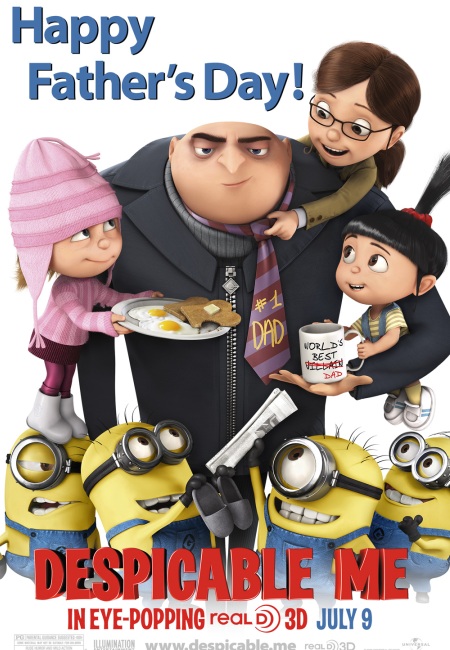 Check out the next great despicable me trailer!