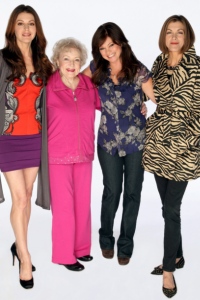 It isn’t easy getting older in Los Angeles, so three hip LA ladies decide to take a break from the hustle with a trip to Paris. When their plane plops them down in Cleveland instead, they find a new home.

Cleveland may not be the capital of excitement, but hopeless romantic Melanie (Valerie Bertinelli), cynical businesswoman Joy (Jane Leeves) and aging soap star Victoria (Wendie Malick) were feeling washed out in LA.

After some time in Ohio, however, they realize they’re Hot in Cleveland!

“They start getting attention from men and they realize it’s a lot cheaper here — one night in Paris is a month in Cleveland,” exec producer Sean Hayes told Chicago Now. “So they reached a turning point in their lives where they decide, “What a great opportunity to seize the moment and start over” and they decide to stay. It’s a great way to show people or women of a certain age to not be afraid of change.”

There is, of course, one downside to the big move. The trio decides to shack up together and their new home comes with a sassy, pot smoking, caretaker (Betty White).

White is the It Girl — or perhaps It Woman — of the year, but her younger costars are also sitcom legends best known for playing Barbara Cooper Romano, Nina Van Horn and Daphne Moon Crane.

Valerie Bertinelli recently made a name for herself for dropping over 50 pounds on Jenny Craig, but long before that, she came of age before America’s eyes as One Day at a Time’s Barbara. She also did a few seasons on Touched by an Angel. 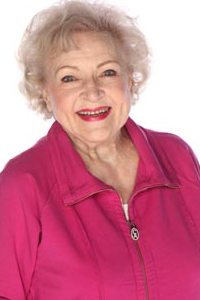 Wendy Malick is a vet of the biz, with over 80 guest appearances on her resume. In addition to stints on classics like Three’s Company, Kate & Allie and Anything but Love, the former model played diva-licious Nina for the run of Just Shoot Me!

Jane Leeves’ name may sound less familiar, but she’s the Brit who won us — and Niles! — over as Daphne on Frasier. She also had stints on Murphy Brown, Desperate Housewives and The Starter Wife.

“This is a show no network would greenlight because of the demographic,” Hayes noted. “So we have that going for us. Actually, we all thought there is no representation of that age range of women on television anywhere. So why not take advantage of that and create a great show with an amazing, with a dream cast?”

In addition to boasting a cast of veteran funny women and an exec producer who won us over on Will and Grace and also recently rocked as host of the Tony Awards, Hot in Cleveland also touts Frasier scribe Suzanne Martin as showrunner.

Read on for more Betty White