Charlie Sheen’s Mercedes-Benz was stolen and then sent off famed Mulholland Drive. This most recent Charlie Sheen car crash is a repeat of a February theft, with the car dumped in the same location! 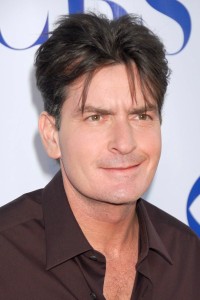 When one lives in a protected, gated community, it’s common practice to leave the keys in the car, even in Los Angeles. It would make sense, however, that after one’s fancy Mercedes is stolen, that practice is given up.

Unfortunately for Charlie Sheen, he didn’t learn that lesson after his car was heisted and sent off a cliff on February 5. Now, it seems the same vandals returned at around 3 am on June 15 for a repeat performance.

As with the first theft, the Two and a Half Men star’s Mercedes was taken from either his garage or driveway, driven to a nearby spot on Mulholland Drive and sent over the cliff. Word is that Sheen’s home is in a gated community, so the actor’s keys were in the car when it was stolen.

Charlie Sheen lives in Sherman Oaks, just off the famed Mulholland Drive, the windy road used in many TV shows and films, thanks to its majestic views of the city and the San Fernando Valley.

Firefighters were called to the scene by reports of a traffic accident and found the actor’s four-door luxury sedan 100 feet below and upside down, with its lights on and engine still running, according to the Associated Press. There was no driver at the scene.

The actor didn’t even know his car had been snatched until authorities showed up at his home. The car has been impounded and will be fingerprinted, while detectives will search for clues on the surveillance tape from the guarded entrance.

As noted, this is likely the same set of thieves who stole Sheen’s previous Mercedes back in February and he’s not the only local to fall prey to the thieves, who are still at large. The first investigation uncovered an abandoned Bentley nearby and word is three other cars had been burglarized.

While there’s no excuse for such destruction and SheKnows hopes the culprits are caught, we must also recommend Sheen’s neighbors take note and stop leaving their keys in their cars!

Sadly, this annoyance is likely the least of Sheen’s problems. With his wife Brooke Mueller having reportedly moved out and “moved on,” he is still handling the infamous domestic violence charges filed against Sheen on Christmas Day, 2009. In addition to all the bad press it’s caused him, many believe his plea deal will include jail time back in Colorado.