On The Bachelorette, 11 men are left to fight for Ali Fedotowsky’s love, and they’ll do it traveling around the world. The Bachelorette’s first stop was New York, where Ali got a makeover courtesy of InStyle Magazine and Kasey lost his mind. 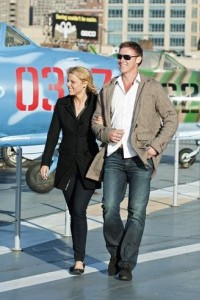 Ali Fedotowsky met with InStyle Magazine to kick her simple sense of fashion up a notch. While receiving a vamped-up look with cute wavy hair and fun outfits, Ali confessed she thought her husband might be in the contestant pool. The magazine surprised the freshly made-up cutie by announcing she’ll be included in their July issue.

In the first one-on-one date of the night, Kasey managed to suck the magic out of wooing Ali Fedotowsky in New York. The date started off fine with the typical helicopter ride, but went downhill during their picnic. In an awkward moment, Kasey decided to share his feelings through an impromptu song that made us all uncomfortable.

Okay, maybe to some it might be sweet, but the crickets heard in the background told us Ali was not feeling it. Kasey tried to bounce back during their trip to the Museum of Natural Science, but even Ali admitted she felt he was not being genuine. For some reason she spared the “Little Engine that Could.” She didn’t give him a rose, but didn’t send him home either.

Give my regards to Broadway! Did you really think ABC would jet the bachelors off to New York and not make a stop on Broadway? Ali’s group date with Roberto, Jesse, Craig, Kirk, Jonathan, Frank, and Ty took place on the stage of Lion King. The men manned up and auditioned to perform in a scene with Ali and of course more time with the Bachelorette. After all the dancing and singing, my new favorite front-runner, Roberto, got the part. The cute couple rehearsed their scene with the jealous guys looking on. All in all the performance went quite well.

After all that Broadway excitement Ali Fedotowsky wasn’t feeling so hot and just couldn’t continue on with the group aspect. She decided to leave early without handing out a rose. Kirk took total advantage and escorted her home, grabbing some quality time.

Birthday boy Chris L nabbed the second one-on-one date. Chris got major sweet points by agreeing to have the date in Ali’s room, instead of dragging the still sick bachelorette around town. He attended to his patient, bringing her soup and flowers. Chris also took the opportunity to prove he is worthy of her love, by opening up about his family.

Making a miraculous recovery, Ali decided it was time to head out on the town. The two enjoyed some food and Chris made Ali tear up as they talked more about his mom. He shared that his mom told him to remember her through the rainbows. Wow, Chris, wow. Nicely done! Being a softie, Ali handed Chris her phone and told the birthday boy to call his father. Chris received a rose and felt like Ali is now his girlfriend. We’ll have to watch out for this one. 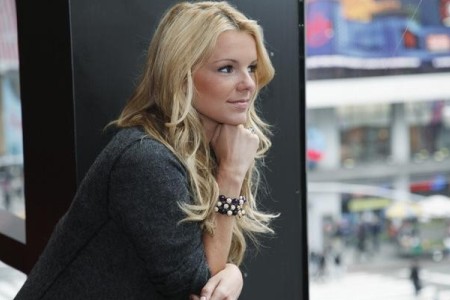 Meanwhile, Kasey seemed to have gone missing and so did his mind. He started to border on crazy with his improvised song, but what he planned next topped all — the desperate contestant found himself a tattoo parlor and inked himself in honor of Ali. Once back at the hotel with a strategically protected wrist, Kasey claimed to have been at the hospital receiving treatment for an injury. The guys, especially Justin, were not buying his story.

Justin decided to call out Kasey, wanting to see his “hurt” wrist. After some heckling, Kasey revealed his declaration of love for Ali on his wrist. Yeah, this guy is weird and the others know it. Thank goodness he didn’t get the chance to show this to Ali.

Ali decided to send home Jonathan, who really didn’t do much of anything this week and was on his way out after that awkward video shoot last week. In a surprise, Jesse was also sent walking, yet Kasey got to stay. On a side note, why is Jesse so excited to go home and see those dogs of his?

Next week, the remaining nine will compete for Ali’s attention in Iceland. It looks like more than just a volcano could erupt next week.