Julie Andrews stars in Despicable Me and shares with us exclusively her view on how Mother Knows Best in our exclusive clip from Despicable Me, starring Steve Carell.

Despicable Me may star Steve Carell, but watch for Julie Andrews — who portrays his mother — to go toe-to-toe with the comic legend on screen when the film hits theaters July 9.

In this delightful clip, Andrews fills SheKnows Entertainment in on the “musts” for mothers. Remember, mother does always know best! 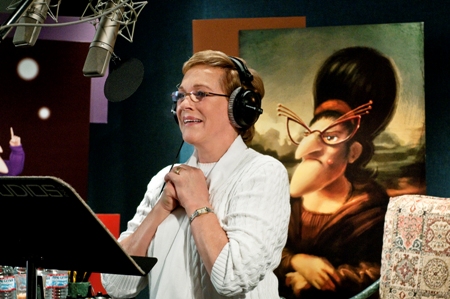 Our exclusive Despicable Me clip is a joyous and hilarious behind-the-scenes featurette that shows one of our favorite entertainment icons, Julie Andrews, presenting her patented motherly tips. Of course, Andrews’ movie mother is a bit different than the traditional matronly influence. Her son, as played by Carell, is a bad guy in the classic animation mode. Witnessing Steve Carell as a baddie is pure bliss, only to be surpassed by Julie Andrews and her priceless mother that shows, yet again, that the apple does not fall far from the tree.

Who doesn’t love Julie Andrews? The actress is an icon and an integral part of much of our upbringing. Whether playing maternal in her roles from Mary Poppins, The Sound of Music, the Shrek series, The Princess Diaries, or Enchanted, Andrews has always enthralled with her vocal talents. In Despicable Me, her vocal prowess is utilized in the most devious of ways as she serves as the mother to the very bad Steve Carell character, Gru. 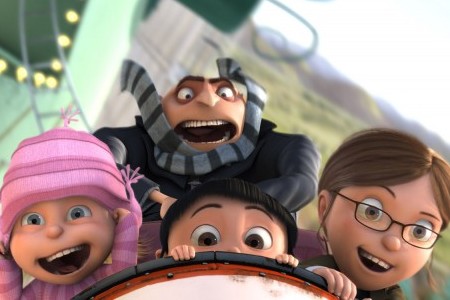 Gru wants to impress his mother and will stop at nothing to prove to her he is as evil as she dreams he could be. After all, there is nothing worse than missed personal potential!

Despicable Me boasts one of the most impressive casts of the year on screen. There are superstars Andrews and Carell, but also Russell Brand, Jason Segel (How I Met Your Mother, Forgetting Sarah Marshall, I Love You, Man), The Hangover break-out star Ken Jeong (and recent MTV Movie Award winner), Miranda Cosgrove (iCarly), Will Arnett and Kristen Wiig (Saturday Night Live, MacGruber).

Despicable Me is set in what appears to be a typical American suburb. There amongst the perfect manicured landscape sits a black house with a dead lawn. Deep inside this neighborhood scourge lays the lair of an individual seeking to become one of the world’s most feared villains. Gru (Steve Carell) is busy at work making the world a terrible place, accompanied only by his cute, but not-so-effective helpers — known as Minions. 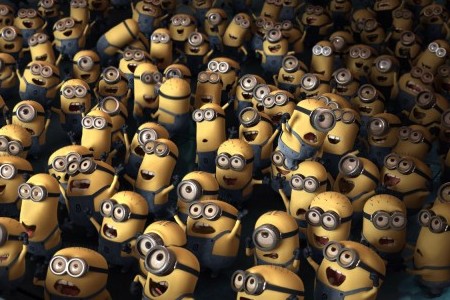 Currently, Gru is working on his plan to stage the largest heist in history. His plan: Steal the moon!

As learned from his mother, Gru’s idea of a perfect world is where the wicked rule the roost.

Gru finds new inspiration to actually change his ways when he meets three orphan girls who immediately take to him as the father figure they never had. Suddenly, Gru questions his desire to be the evilest and with the love of these children, he may find a way from the dark side to the light.

Despicable Me arrives in theaters July 9 in dynamic 3D.

Stay with SheKnows as we roll out exclusive Despicable Me coverage including our video parenting tips from star Steve Carell and of course, our interviews with the cast!