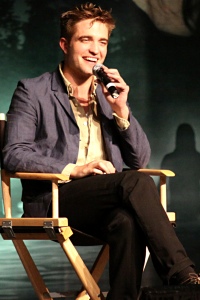 SheKnows: We can’t help but notice you’ve cut your legendary hair. Any plans to incorporate the new short look into Edward’s persona for Breaking Dawn?

Robert Pattinson: I’m thinking maybe Edward got a haircut. That might be easier. But, yeah, I didn’t even think about that when I got it cut. That is a bit silly. Vampires can cut their hair. I like the idea of Edward having a shaved head in the last film. That’s pretty cool.

SheKnows: There is a new director for each of the Twilight films. What unique perspective did David Slade bring to Eclipse?

Robert Pattinson: I guess he was really fighting to make it not so solemn. In my eyes, Edward has been so calculated and everything is not rash, and David wanted to speed up the whole thing and make him more vulnerable.

SheKnows: Is it difficult for you as an actor to work with a new director when you guys kind of have a well-oiled Twilight machine?

SheKnows: We love the scene in the tent with Edward and Jacob talking while Bella is sleeping. That’s where Jacob gets the “I’m hotter than you” line, but seriously, how was it filming that important scene while Kristen Stewart was just supposed to be sleeping?

Robert Pattinson: The first time we did that tent scene, I was really freaking out. I don’t know why. I think it had to do with claustrophobia because we were actually shooting in a tent. I just couldn’t get it together. I kept forgetting my lines and I was so nervous. I just wanted to punch anyone who was near me. We did about three takes and Kristen was supposed to be asleep on the floor, and she saw that I was freaking out. Halfway through the take, she suddenly opened her eyes and was just staring at me and kept trying to make me laugh. 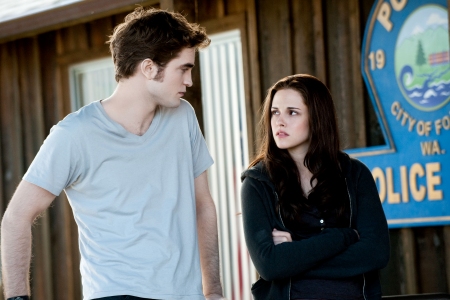 SheKnows: Vampires, because they are dead, are accused in this film and across film history, as not having a soul. Do you think Edward Cullen has a soul?

Robert Pattinson: Yeah, definitely. I can’t remember who said it, but a soul and a heaven must exist because good people aren’t rewarded enough on earth. I always liked that idea, if that makes sense.

Read on for more Robert Pattinson