Jake Pavelka is making the move from reality star to actor with an upcoming spot on Drop Dead Diva. 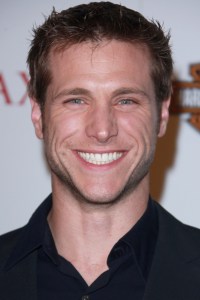 Jake Pavelka, the former Bachelor, will reportedly guest star on the Lifetime series Drop Dead Diva. While Jake may have found love with Vienna Girardi in real life, it seems his character, Toby Davlin, may not be so lucky.

The character will reportedly be sued for “intentionally inflicting emotional harm,” after he breaks the heart of a bachelorette on the fictional show, Finding the One.

Jake Pavelka commented in People Magazine, “I am honored to be a part of Drop Dead Diva this season. I can not wait to meet the cast and crew.”

Pavelka has been making the rounds, going from reality show to reality show. The reality show hopper’s last appearance was on Dancing with the Stars, so it seems it was only a matter of time before he tried out his acting chops. The executive producer of Drop Dead Diva said he was a natural fit for the role.

Read on for more Drop Dead Diva and Jake Pavelka