The Karate Kid officially won the 80s remake box office showdown this weekend. Bradley Cooper’s The A-Team didn’t turn out to be much of a contender.

Producers Will Smith and Jada Pinkett Smith watched their son bring home box office gold this weekend. Not only did The Karate Kid come in first in the box office race, but with a $56 million haul, their son’s film has already recouped The Karate Kid‘s production costs of $40 million. 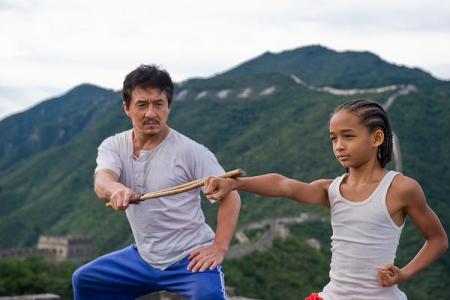 These figures are even more impressive considering last weekend’s abysmal overall numbers! With everyone taking about Jaden Smith and Jackie Chan’s killer chemistry, one can only assume that this remake will follow the fate of the original Karate Kid and come back with more installments.

The A-Team did not fare half as well. Many assumed that with Bradley Cooper as Face of The A-Team, along with some Jessica Biel booty action, the revamp would do well in theaters and set up a new action franchise.

Instead, the film came in second with only $26 million, after burning a production budget of $110 million. At this rate, a sequel may not be in the cards.

Shrek Forever After finally gave up its reign, but stayed in the game. The green ogre dropped to third with $15.8 million. With $284.3 million worldwide, it still hasn’t beat out any of the other Shrek movies.

Get Him to the Greek dropped from second to fourth, with $10.1 million. Ashton Kutcher and Katherine Heigl’s Killers is still not making the killing anticipated, bringing in $8.2 million to stay in the top five.

Prince of Persia: The Sands of Time made $7 million for sixth place. Marmaduke came in just ahead of Sex and the City 2 for seventh.

Iron Man 2 is hanging on and hoping to stay in the game long enough to beat out Alice in Wonderland for blockbuster of the year (so far). Coming in ninth this weekend, the action flick has banked $299.3 million domestically. It needs to top $333.7 million to be dubbed number one flick of the year.

Splice rounds out the top ten with $3 million. 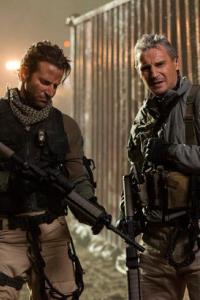 Next week, family fun and sexy action hit theaters with animated Toy Story 3 and comic book adaptation Jonah Hex. While the toys are sure to lure out good numbers, it’s hard to read how Josh Brolin, Megan Fox and John Malkovich will fare with their DC Comic Western.