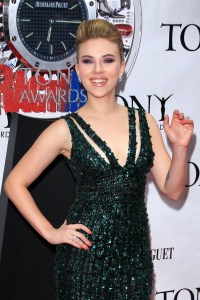 There aren’t enough complimentary adjectives in the English language to describe the opening number, which included the toe-tapping number Blue Suede Shoes, from the cast of Million Dollar Quartet.

The explosive performance from the energy fueled cast of American Idiot (inspired by Green Day’s 2004 album of the same name), had all of Broadway and Hollywood dancing in their seats. The opening turned into a rock concert of sorts when the cast introduced Green Day to the stage. The high-voltage opener set the standard for the rest of the night that did not disappoint.

Broadway truly has become a playground for Tinseltown’s A-listers. Scarlett Johansson, nominated for Best Performance by a Featured Actress in a Play, was a vision in sequins.

Scarlett Johansson took home the first Tony of the night for A View from the Bridge. This was Johansson’s first Tony nomination and she was truly honored. “Being welcomed into this community has been a dream come true,” Johansson said with misty eyes.

Catherine Zeta-Jones’s emotional performance of Send in the Clowns helped Kleenex sales rise. The haunting interpretation proved she was worthy. The actress was rightfully honored with the Tony for Best Performance by a Leading Actress in a Musical. I will have goose bumps for days thinking about it. 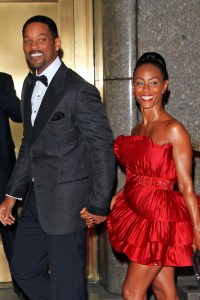 Red was the big winner of the night, taking home Best Play and racking up a total of six Tony’s by night’s end. Following close behind was Fences. The play that explores race nabbed Denzel Washington and Viola Davis top actor-actress honors as well as the Tony for Best Revival of a Play.

This year’s performances exceeded expectations with a notable nod going to Glee‘s Lea Michele for her conviction-filled rendition of Don’t Rain On My Parade. Matthew Morrison showcased a dance routine his fictional character Mr Schuester could only hope to master. Doubters will never forget these two came from Broadway roots.
The breakout stars of the night had to be the cast of American Idiot.

The actors returned to the stage after the riveting opening number and showed us there’s room for punk rock on Broadway. After an introduction from writer Billie Joe Armstrong, the performers hung from the ceiling and danced with rock precision. To say they stole the show performance-wise is an understatement. Too bad they didn’t win Best Musical!

Sean Hayes did an admirable job serving as “master of ceremonies,” taking humorous pokes at Billy Elliot, and Spiderman the Musical, while promoting his current show, Promises, Promises. The former Will and Grace sidekick had some big shoes to fill after Neil Patrick Harris raised the bar last year. I think viewers will agree there’s room for both of these funny men to deliver the goods on any stage. 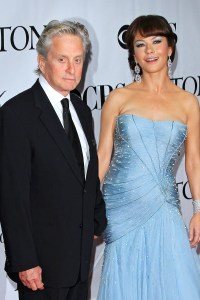