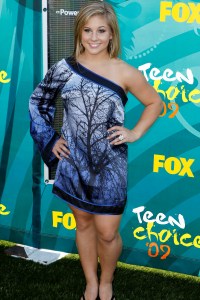 The judgment also declared O’Ryan was legally insane at the time of his arrest last March. To make matters worse for the Dancing With the Stars’ champion’s stalker, he was also found guilty of felony stalking and burglary charges as well as two misdemeanor concealed weapons violations.

Police took the Florida native into custody after he tried to jump a fence at the CBS Studio lot where Dancing With the Stars is taped and Shawn Johnson was performing. Police found two loaded guns, duct tape and love letters to Shawn Johnson in his car.

Johnson testified in court and faced down her stalker. “I didn’t know him,” Johnson said. “He was a stranger to me. To see someone with that kind of obsession made me really scared.”

Pending a court-ordered evaluation, it is probable Robert O’Ryan will serve his sentence in a state mental hospital. O’Ryan waived his right to a jury trial and pleaded not guilty by reason of insanity in the stalking of Shawn Johnson.

Read on for more shawn johnson