Paparazzi shots have routinely shown Tom Cruise at his children’s soccer games, but who knew he was so adept at the sport himself. And as we see in this Knight and Day set clip, Cameron Diaz is equally as proficient at the most popular sport in the world. 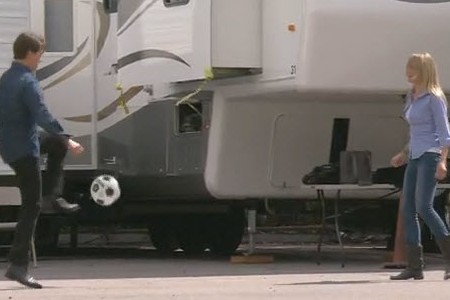 Knight and Day is one of the most anticipated movies of the summer as the trailers have been causing a buzz since they debuted. The pairing alone of Tom Cruise and Cameron Diaz is enough to get movie audiences excited, but judging by the previews, Knight and Day has summer blockbuster written all over it.

Knight and Day follows Diaz as her small-town character meets Cruise’s international man of mystery. Could he be the “one?” Considering her life seems more in danger when she’s with him, that question could be debatable. Yet, once Cameron Diaz has been exposed to Tom Cruise’s Knight and Day world, there is no looking back for her character. The pair embark on a worldwide trek that has them escaping death at every turn.

The Tom Cruise character is a secret agent sent on a mission he was never meant to complete alive. 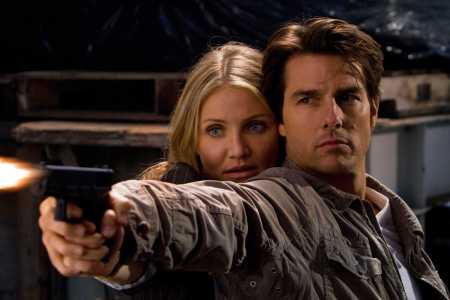 Who could forget the motorcycle chase scenes through the streets of Spain that were splashed across celebrity magazines last summer? In the midst of the Running of the Bulls, Cruise and Diaz are cruising on a motorcycle avoiding their pursuers as well as the thousands gathered — not to mention the bulls themselves. Actually, a bull escaped during the filming!