World Cub fever has gripped the globe and superstar musicians are getting in on the act with the World Cup kick-off concert. The World Cup concert took place June 10 and ABC is airing it on June 12 at 8 pm. 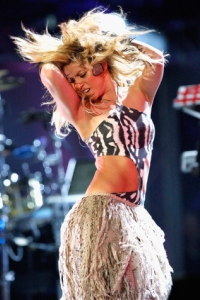 Who performed in South Africa, you ask?

Why only the biggest music stars on the map including the Black Eyed Peas, Alicia Keys, Shakira and John Legend.

Also, R Kelly had the honor of singing at the World Cup Opening Ceremonies as he performed his World Cup-inspired track Sign of a Victory with the Soweto Spiritual Singers! Check out the video of R Kelly’s performance below!

The World Cup concert at the Orlando Stadium in Soweto, Johannesburg was an international affair on stage and off as fans from across the planet gathered. Performers combined international forces as well, such as Somali-Canadian rapper K’Naan joining the Black Eyed Peas on stage for a barn-burning performance.

The musical globe-trotting continued with Colombian musician Juanes and Malian group Tinariwen, among dozens of performers. 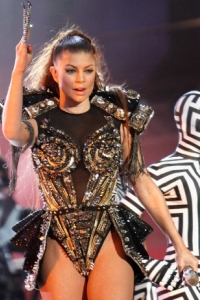 The South Africa FIFA World Cup concert was an apt and astounding way to kick off the every-four-years event that brings the world together. The show was colorful, buoyant and a terrific tribute to the African continent that is hosting its first World Cup.

The 30,000-plus crowd waved flags of every color from all corners of the globe and displayed the power of international unity as only seen on the world stage of the Olympics and the World Cup. One of the dignitaries hitting the stage to welcome the world to South Africa was Nobel Peace Prize winner Archbishop Desmond Tutu who introduced a video message from South African icon Nelson Mandela.

“We are thrilled to have a concert of such magnitude and performing talent raise the curtain on the first FIFA World Cup on African soil,” said Jerome Valcke, FIFA Secretary General.

“It is a testament to the universal and unifying power of football and music and will start the competition off on the right note — of celebration.”

Matches began June 11 with host nation South Africa taking on El-Tri, aka Mexico. US fans can look forward to the Americans beginning their World Cup run with their match against rival England, airing June 12, at 2 pm EST.

R Kelly at the World Cup