The 2010 CMT Music Awards winners were a varied bunch with Carrie Underwood taking home two of nine categories and John Mayer showing us his abs.

The 2010 CMT Music Awards show, hosted by Kid Rock, kicked-off in Nashville, June 9, with a surprise visit from Hank Williams during the opening number. The casual and laid-back awards show is all about the fans as they vote for the winners. Country music fans spoke loud and clear when it came to their favorite country acts. 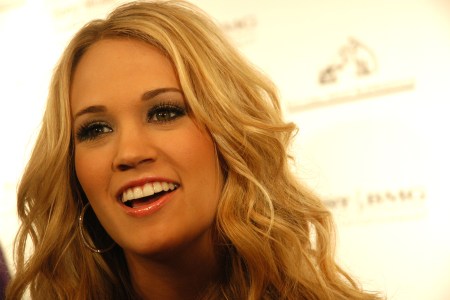 Carrie Underwood shone in her nominated categories, which wasn’t really a surprise to most. The American Idol alum took home Video of the Year for her sexy video Cowboy Casanova.

The show laid down some good performances with LeAnn Rimes and the Zac Brown Band, but Keith Urban and John Mayer’s performance of Hit The Ground Running really scored. John Mayer’s recent string of bad press doesn’t seem to be fazing him a bit. When presenting with Mike “The Situation” Sorrentino, Mayer decided to have an ab-off with the Jersey Shore personality. The jury’s still out on that one.

Other big winners of the night included Lady Antebellum for Group Video of the Year and of course Duo of the Year went to the now defunct, Brooks & Dunn. I’m going to miss those guys.

Coming off the heals of her ACM win, Miranda Lambert took home the CMT Female Video of the Year award for White Liar. The former Nashville Star contestant is hot these days. Though Miranda Lambert has been paying her dues and putting out respectable tracks, she’s been quiet and understated. I have a feeling that won’t be the case for much longer! Lambert’s current award circuit wins and upcoming wedding to Black Shelton have put the country cutie into quite the spotlight.

The show was a nice mix of country crossover performances, which gave fans a taste of where country music’s future is heading. Here’s a complete list of winners.

VIDEO OF THE YEAR 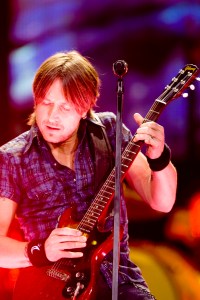 MALE VIDEO OF THE YEAR
Keith Urban: Til Summer Comes Around

GROUP VIDEO OF THE YEAR
Lady Antebellum: Need You Now

USA WEEKEND BREAKTHROUGH VIDEO OF THE YEAR
Luke Bryan: Do I

CMT PERFORMANCE OF THE YEAR
Carrie Underwood: Temporary Home from Invitation Only

Read on for more country music